You can now get iOS 14 beta 1 download IPSW links and OTA update for iPhone and iPadOS 14 beta 1 for iPad devices. As expected prior to the conference starting, and as confirmed by Apple during the opening WWDC 2020 keynote, the first developer seed of iOS 14 and iPadOS 14 has now been seeded to developers. 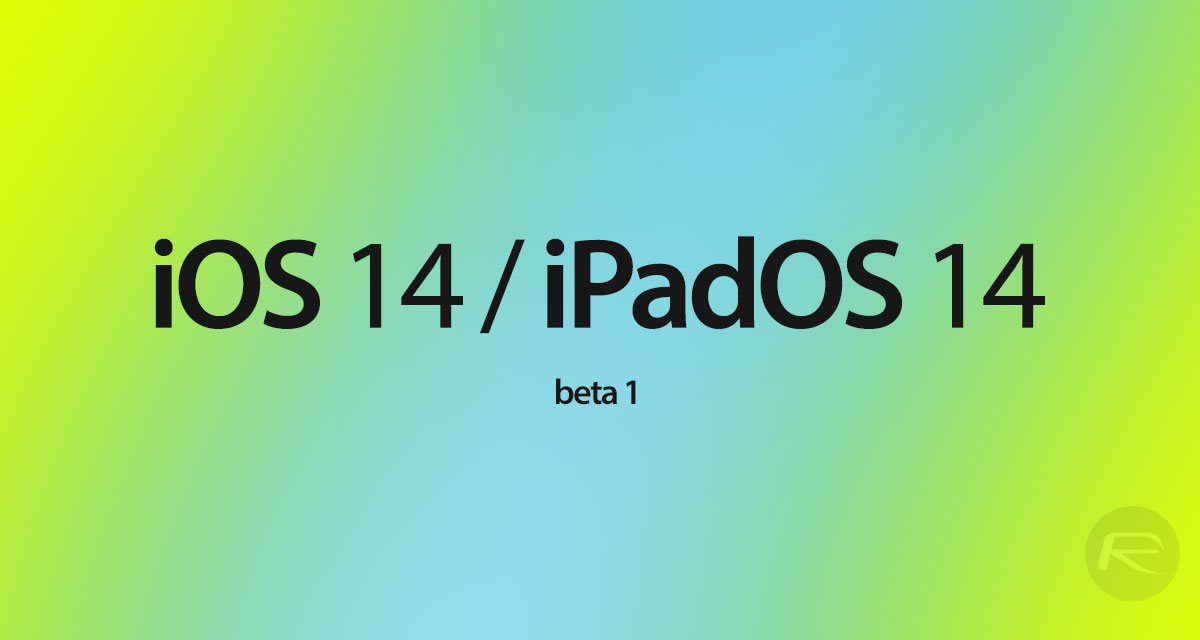 Due to the ongoing global coronavirus pandemic, this year’s Worldwide Developers Conference (WWDC) has adopted an entirely different format.

Rather than thousands of passionate developers descending on San Francisco from all corners of the world, Apple is using its position as a global tech leader to deliver an online streaming WWDC experience. As expected, one huge part of that experience has been the announcing of iOS 14 and iPadOS 14 and the release of the initial pre-release seeds aimed at developers.

The initial unveiling and subsequent release of the initial beta of a brand new major version of iOS is always one of the highlights of the opening WWDC keynote. Developers not only get the opportunity to see what’s included with the new releases and get their hands on the firmware ahead of the general public but they also then get to interact with Apple’s engineers to discuss the firmware, talking about new features, and troubleshoot any issues that they may have. The assumption is that this format will still take place, albeit executed in a different way by executing the power of Apple’s technology stack to provide remote assistance and seminars.

We may be seeing changes to Apple’s WWDC event, but one thing hasn’t changed: those who are registered as Apple developers, will get immediate access to iOS 14 and iPadOS 14 to take it for an initial test drive.

Each and every year Apple takes the opportunity to reset its release cycle and introduce a brand new version of the operating system that powers its iPhone and iPad hardware. It’s an opportunity to put the old to bed and introduce the new with new features, new functionality, and new security enhancements that are designed keep users and user data safe and secure. The initial release is never what you would call “stable” but it is one of the most exciting times of the year for developers as they get to see if their exiting apps play nicely with the new firmware as well as plot out how they will adopt any new features and new APIs in their software.

This is just the beginning of the iOS 14 and iPadOS 14 journeys. If you’re after download links, you can download them from developer.apple.com.

Don’t have a developer account but want to give iOS 14 and iPadOS 14 beta a try? Follow the instructions in the video embedded below.