If there is one thing that the world isn’t short of, it’s books that claim to tell the story of Steve Jobs, whether it be his life during the early days of Apple or his triumphant return to the company he founded after his ousting years earlier. Some even span his whole life. There have been movies on the subject and a new one, penned by The West Wing’s Aaron Sorkin is set to hit the big screen later this year.

So we’re not particularly in need of another book on Steve Jobs. 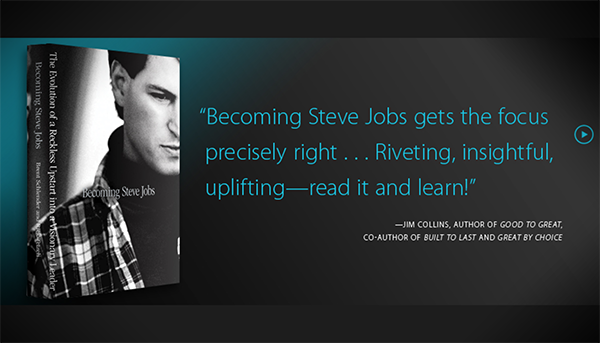 Written by Brent Schlender and Rick Tetzeli, ‘Becoming Steve Jobs’ may be one of the most interesting books about the man who introduced the Mac, iPhone and iPad to the world yet. The reason it has our interest piqued is the cast of people with which the authors were allowed to speak. While some of the more recent Jobs books have been missing some notable names, this new work includes interviews with some of the people that knew Jobs best while having previously kept their thoughts to themselves.

The big names we’re particularly interested in hearing from include Jonny Ive, John Lasseter and Tim Cook, all of which should shed some new light on a man that has previously been portrayed as an infuriating genius with less than stellar social skills. Ive in particular has made no secret of his disdain for the Walter Isaacson biography of Steve Jobs that was released shortly after his death, and this new book has the potential for setting a few things straight. 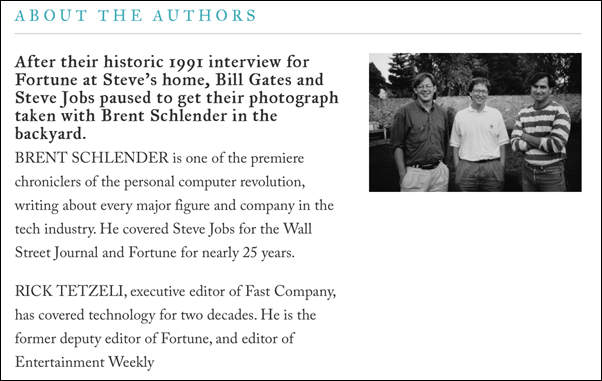 The book goes on sale March 24th for $$14.99 in both Kindle and iBooks form, while a hardcover copy will cost $30. Pre-orders of the hardcover version can be placed now, with a reduced price of $21.78 on offer.

If you’re interested, you can pre-order your copy by pointing your browser to: becomingstevejobs.com