The life and achievements of the late Apple co-founder Steve Jobs seem made for a Hollywood movie, and with The Social Network’s writer Aaron Sorkin at the the helm of a flick based on the official Walter Isaacson biography, there’s a genuine feeling that this could be another tech blockbuster. But Sorkin and the rest of the team tasked with prepping the Universal Pictures-commissioned biopic haven’t had an easy ride in assembling the cast, and only recently arrived at Michael Fassbender and Seth Rogen as Steve Jobs and Steve Wozniak. Now, for the first time, we get a look at these two actors in character.

The whole process of getting this movie to the point where filming has just commenced, has taken quite a bit of time. Formerly owned by Sony, it has been palmed off to Universal in recent times, while Batman himself Christian Bale seemingly accepted the role of Jobs before, well, bailing. 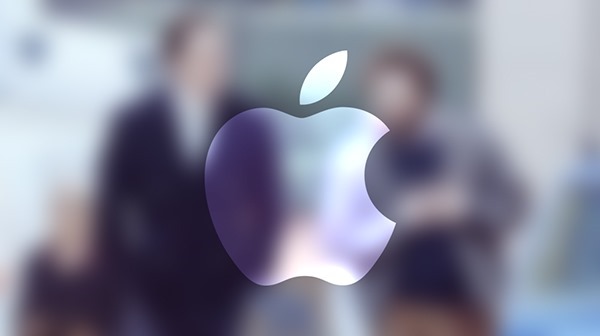 But Fassbender and Rogen are now the definite, respective Jobs and Woz, and here, for the very first time, we can take a look at them in action. I don’t know about you, but their characters aren’t particularly convincing, and if anything, Ashton Kutcher’s get-up in the critically-panned, independent ‘Jobs’ movie was far, far more convincing.

Given the numerous apparent changes to the cast and the time it has taken to get to the filming stage, and a lot of our early excitement for the movie has certainly petered out. There are reasons to remain psyched – Sorkin is a great writer and told Mark Zuckerberg’s Facebook story superbly – but many movie fans, including this one, will still be disappointed that Christian Bale decided to opt out at the 11th hour. 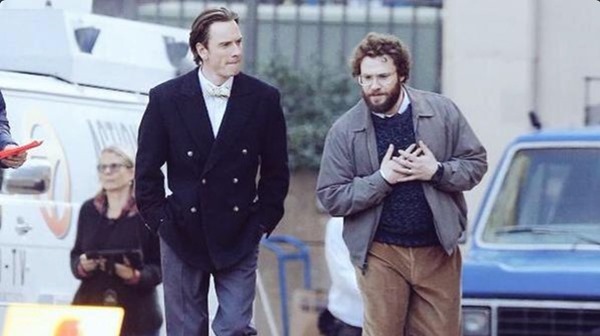 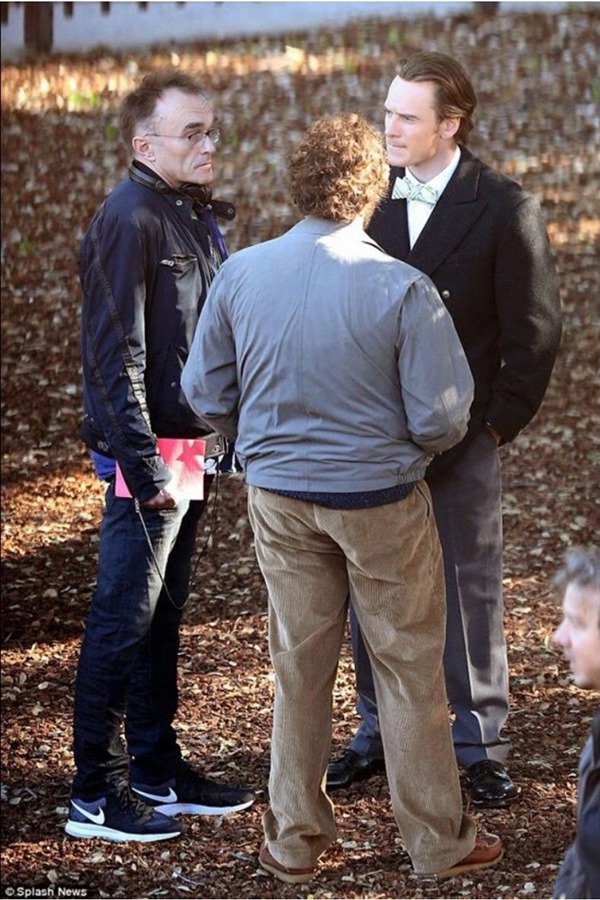 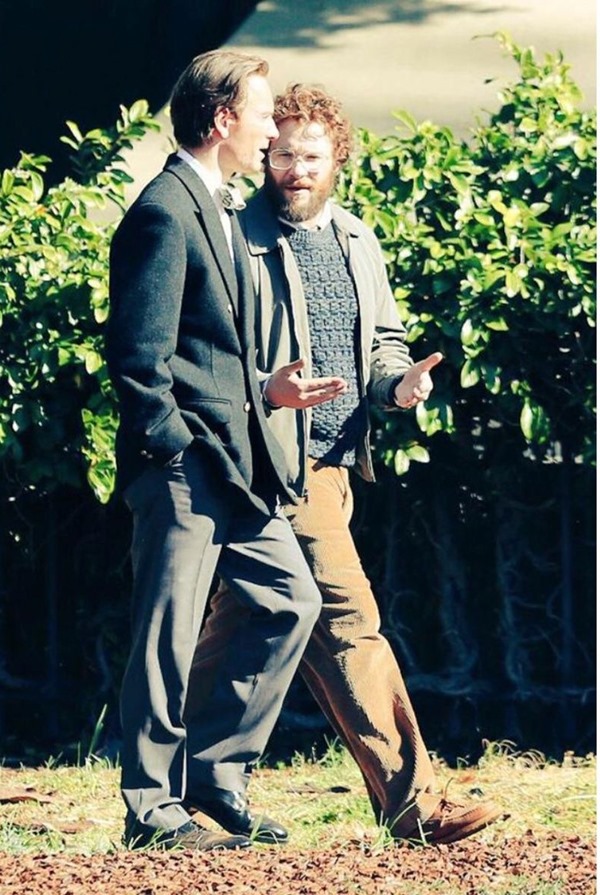 The film itself will be comprised of three scenes of half an hour or so in length, and detail the moments leading up to three major product launches in the rich history of Jobs’ Apple. It’s certainly an intriguing angle, and a strong deviation from archetypal storytelling that should make for engrossing viewing.

Having observed the shots of Fassbender and Rogen in character as Jobs and Woz, do you think they’ll do this movie justice? Share your thoughts and comments below!