WhatsApp For iPhone Adds Quick Reply, But For iOS 9.1 Users Only

Apple first introduced Quick Reply functionality in iPhone and iPad back with iOS 8 last year, but it was limited to Apple’s own stock Messages app only. With iOS 9 though, the company opened it up to third-party app developers to take advantage of it. Apps like Facebook Messenger and Skype were quick to hop onto the Quick Reply bandwagon, but for whatever reason, WhatsApp wasn’t as keen on making the jump that quickly.

But now with iOS 9.1, WhatsApp has finally enabled its users to make use of the Quick Reply functionality in iOS.

For those who don’t know, the native Quick Reply feature in iOS allows users to quickly send replies directly from the incoming notification, be it from the banner anywhere in the OS or from the lock screen, without having to open the app. 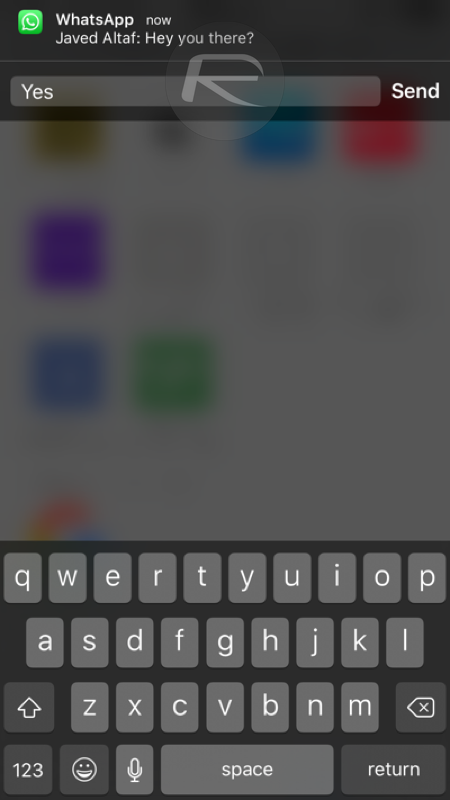 It’s strange that WhatsApp has enabled this functionality under iOS 9.1 only as other third-party messaging apps in iOS has it working perfectly fine under iOS 9.0-9.0.2. Additionally, Apple Watch users who’re on watchOS 2.0.1 can now also reply to WhatsApp messages through message presets, and even dictate a new reply, directly from their wrist. While none of these developments have been mentioned in the app’s official changelog, they were apparently added in the last update to the app in which WhatsApp added added 3D Touch support for iPhone 6s and 6s Plus.

Since iOS 9.1 isn’t jailbroken yet, not many would be willing to update to the latest Apple firmware just to take advantage of Quick Reply in WhatsApp.

If you don’t care about the official WhatsApp support for Quick Reply, and want to keep your jailbreak on iOS 9.0.2, you can try jailbreak tweaks like Nuntius or WAQuickReply to enable Quick Reply-like functionality for WhatsApp Messenger in iOS 9.0.2.