WhatsApp has joined the club of apps that support Apple’s 3D Touch functionality on the latest iPhone 6s and 6s Plus. In an update being pushed via the App Store, the popular IM app has gained seamless support for the Peek and Pop feature being powered by the 3D Touch tech.

3D Touch has completely reinvented the way users interact with the iOS environment, and it’s one of the biggest differentiator between this year’s iPhone compared to last year’s. That difference is now getting even more prominent as more and more apps jump on-board the pressure sensitive exploits that Apple has given third-party developers access to for making use of in their apps. 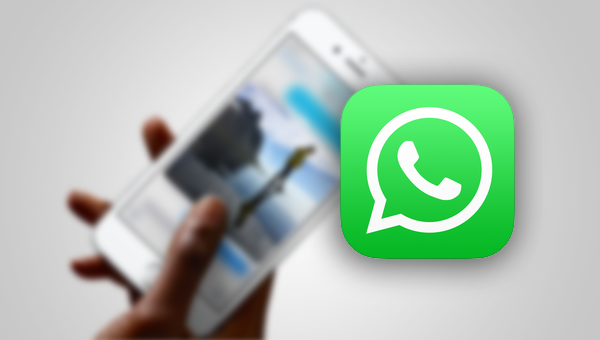 The best bit about WhatsApp Messenger’s support for 3D Touch is that the app has gone beyond the usual Quick Actions feature that can be invoked by force pressing on an app’s icon on the Home screen.

The developers have tapped into the far more useful Peek and Pop feature which lets you see previews of webpages via URLs, check out photos, videos, contacts, locations without having to open up another app in the process and leaving WhatsApp. Unfortunately, message threads cannot be previewed by pressing down on them in the Chats panel, but perhaps in the next that might be added as well.

Interestingly it was just yesterday that Facebook updated its app to support 3D Touch but it was limited to Quick Actions on the iOS Home screen only. Facebook didn’t add any support for Peek and Pop in-app, perhaps because of how Facebook uses its own in-app browser and preview system. The Facebook-owned WhatsApp on the other hand has given its users the ability to quickly jump in and out of important information using 3D Touch gestures. This perhaps continues to add to to the many reasons as to why people swarm to WhatsApp as the IM app of choice.

Followed by this key update, is added support for an interface that is optimized for right-to left language scripts. The complete changelog is as follows:

3D Touch: Support for 3D Touch on iPhone 6s and iPhone 6s Plus. You can now quickly Peek and Pop pictures, videos, links, contact cards, and locations you send and receive in chats.

The WhatsApp interface is now mirrored and optimized for right-to-left languages like Arabic (iOS 9+).

Version 2.12.8 of WhatsApp should be available as an update right now on the App Store, if it hasn’t already been automatically updated.