Facebook has updated its native iOS app for the iPhone, iPad, and iPod touch to include the usual performance improvements and bug fixes. However, the social networking giant has quietly sneaked in a new feature that utilizes the functionality of the iPhone 6s and iPhone 6s Plus – Quick Actions via 3D Touch. If you head on over to the Updates section of the App Store right now you’ll be greeted with Facebook’s generic and extremely repetitive change log blurb that doesn’t really give any information on what has been introduced and what has been fixed in the latest version.

The update is honestly nothing special for non-iPhone 6s and 6s Plus users where all the improvements being made are under the hood only. The real guts of this particular release are primarily targeted at Apple’s latest 3D Touch tech packing smartphones. Pressing firmly on the Facebook icon on an iPhone 6s or iPhone 6s Plus will now invoke the new iOS Quick Actions feature that takes advantage of the multiple pressure sensors that live under the display. Users will be able to access three new Quick Actions features that all try to make the experience more efficient. 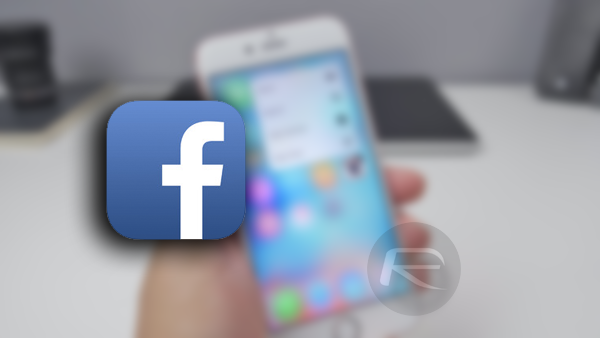 First, accessing the Quick Actions menu via 3D Touch will allow users to jump directly into the app and immediately start writing a new post or status update. The second option in the Quick Actions menu affords users with the ability to immediately begin the process of uploading a photograph or video. Finally, the third option is also photograph and video based that allows those interacting with it, to actually capture one of the two content types before uploading to your Timeline or someone else’s. Apple’s guidelines say that Quick Actions menus can support four items, so it’s likely that Facebook will include another with an additional update; changing your profile photo perhaps? 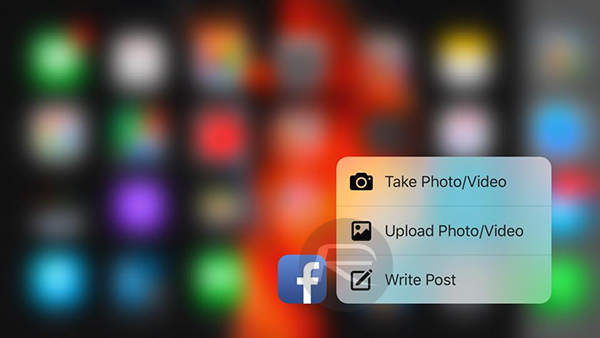 In doesn’t look as though Facebook has embraced any integration of Apple’s Peek and Pop functionality just yet, but we have already heard that the social network plans on supporting Live Photos by the end of 2015, so there’s a possibility that we will see additional 3D Touch integration added into the app experience as time progresses.

Version 41.0 of the iOS Facebook experience complete with icon-based 3D Touch is available to download right now from the App Store.