Final version of iOS 9.1 IPSW download links are out. Apple has just started rolling out iOS 9.1 for supported iPhone, iPad and iPod touch devices with new emojis and improved Live Photos feature, among other things.

The maiden version of Apple’s latest iteration of iOS, version 9, was introduced to the public back in September, one week after the September 9 iPhone-centric media event. As part of that release cycle Apple had already started putting things in place with iOS 9.1, and had started seeding builds of the first major point release to registered developers before iOS 9.0 had even gone public. After more than a month of testing, which included five beta builds in total, and two other public releases in iOS 9.0.1 and 9.0.2, the company has finally deemed iOS 9.1 ready to be downloaded and used on devices across the world. 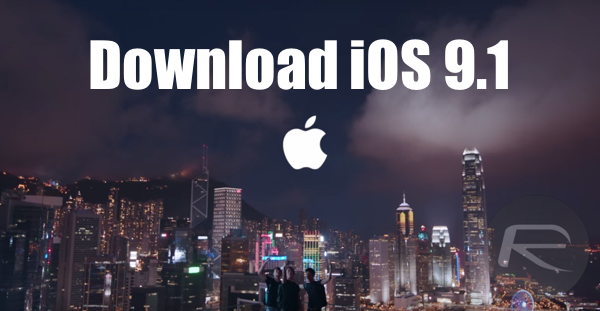 As is usually the case for releases of this nature, today’s launch doesn’t contain a large amount of changes that would immediately be evident to the end-user. Individuals who like to communicate with a little more than just text within their favourite messaging apps will be delighted with the introduction of more than 150 new emoji characters. There’s new food-based entries such as a taco, burrito, and a cheese wedge. There’s also a very not-so polite middle finger emoji and rather delightful pink and white unicorn head. As part of that new emoji integration, iOS 9.1 also includes support for unicode 7 and 8. You can check out the new iOS 9.1 emojis in detail in the video below:

There’s also an update for Live Photos, a feature that was added in iOS 9 for those who have an iPhone 6s or 6s Plus. The feature now senses when the device is raised or lowered as part of an efficiency push that will prevent the camera and the feature from recording anything that’s unnecessary and that would waste resources on the device. The native Messages app has also gained support for those who want to either enable or disable the conversation list from displaying a profile picture that’s linked against the contact.

As always, if you’re jailbroken and want to remain in that state, don’t update to iOS 9.1 yet. iOS 9.1 is available as an Over-The-Air (OTA) update from Settings > General > Software Update. 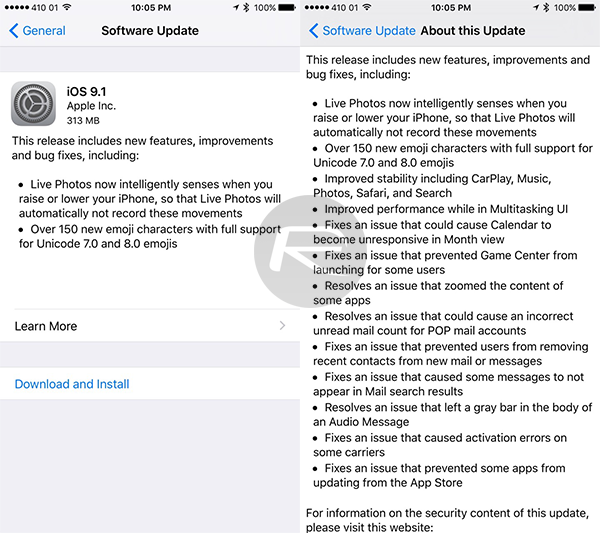 For those of you who prefer clean installing, here are the direct download links for iOS 9.1 that you can restore to from iTunes. And yes, the links for iPad Pro are also included.