What To Expect From Apple At WWDC 2017

Here’s what to expect from Apple at this year’s Worldwide Developers Conference (WWDC 2017) which starts on June 5.

Apple’s WWDC 2017 opening keynote takes place on June 5th, and as is always the case, there are some big expectations for what could be around the corner, with Apple expected to announce multiple new software releases and potentially even new hardware during the event. There will no doubt be some disappointed people no matter what Apple does announce, but some things are more likely to happen than others, regardless of what the rumors have to say. With that in mind, let’s take a look at what is expected to be announced during that opening keynote. 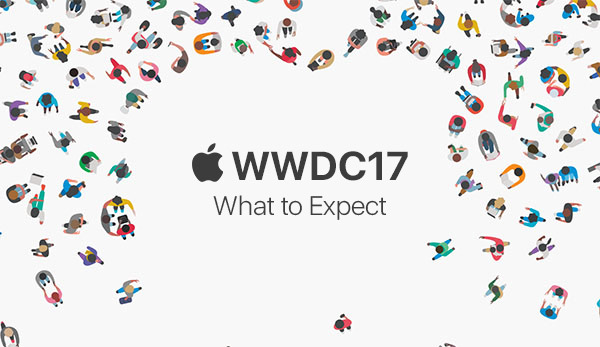 iOS 11: Without a doubt, iOS is the most hotly anticipated announcement of any WWDC opening keynote. We normally get to see the next big release of iOS for the first time, and this year is unlikely to be any different. If iOS 11 is indeed outed next week, there are a few things that are said to be on the table. Those include a revamped interface, a new group video capability for FaceTime, improved Siri capabilities to rival those of Amazon and Google, and the much vaunted Night Mode that seems to be rumored each and every time an iOS update arrives. Whatever is included, we expect the first beta release to arrive during the event.

macOS 10.13: The poor old Mac does often find itself at the bottom of the pile when it comes to software releases these days, and while excitement is largely expended on iOS, the next big macOS release is likely to be shown off next week. Perhaps the most exciting idea for this release is the inclusion of a new Automator app based on the Workflow iOS app that Apple bought earlier this year. A combination of the old Automator and Workflow could be highly powerful but extremely approachable and with Apple always trying to make the Mac more iOS-like, this could make plenty of sense.

For more on Automator, check out: Rumor: iOS 11 And macOS 10.13 To Feature New Automator App Based On Recently Acquired Workflow.

watchOS 4: The Apple Watch is a strange beast. It’s a top selling wearable now with focus more on health and activity in recent years than anything else. And while there has been multiple rumors about the next-gen Apple Watch hardware, we have hardly heard anything about watchOS 4, the next big software release that will power Apple’s existing and future wearables. watchOS 4 features will come as a surprise for most when Apple announces them on stage as there’s been nothing known on it in public so far.

tvOS 11: The Apple TV, famously called a “hobby” by Apple, may not be the top of the bill during the opening keynote, but it is likely to receive a major software update regardless. Support for user profiles and a new picture-in-picture mode have both been suggested for possible feature additions as part of tvOS 11, although rumors are always a little more scarce when it comes to the Apple TV. We would not be at all surprised to see a surprise feature make an appearance next week.

For more on tvOS 11, check out: tvOS 11 To Bring Multi-User And Picture-In-Picture Features To Apple TV [Rumor].

Hardware: While hardware is not traditionally announced during a WWDC opening keynote, such a thing has indeed happened in the past. As we edge nearer to June 5th, there are a few rumors circulating that could have multiple new pieces of hardware get their big debut during the event. Those include a new 10.5-inch iPad, updated MacBook Pro notebook computers with Kaby Lake CPUs and even a new Magic Keyboard for those who use desktop Macs. There is also the potential for a Siri-based speaker to arrive, giving Amazon’s Echo and Google’s Home devices some much needed competition.