Forget about Apple’s Mac Pro, and forget about the highly speculated iPhone 8 slated for launch later this year. According to hit-and-miss, Taiwan-based publication DigiTimes, Apple is on course to unveil and make available for sale, the third-generation “Series 3” Apple Watch in the second half of the current calendar year.

Unlike other Apple products, such as the iPhone and iPad, the company’s Apple Watch is yet to find itself with a traditional release pattern. After initially being launched as an Apple wearable back in April 2015, it was a further 18 months or so before the company actually took the opportunity to revamp the line-up with the introduction of upgraded Series 1 models as well as a brand new Series 2 line. 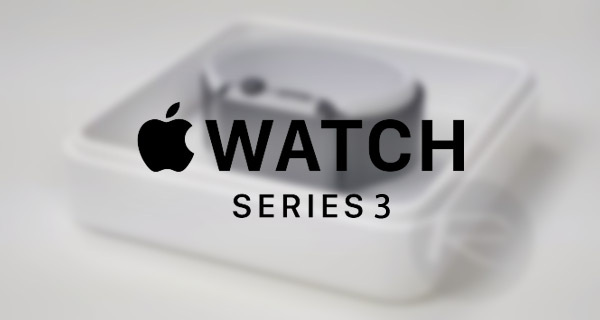 If Apple was to try and give Apple Watch an annual refresh, then a Series 3 launch in September of this year would make perfect sense.

It’s currently unknown what direction Apple will take a third-generation Apple Watch in, but it’s been heavily speculated that the hardware will get performance improvements, and battery boost thanks to an internal component refresh. There’s also the possibility of Apple taking the opportunity to introduce standalone cellular capabilities into the Apple Watch, a move which would allow the hardware to function independently of a connected iPhone in terms of accessing data and streaming content through apps and web-services.

However, if that did happen, it would mean that consumers would need yet another data plan to power that new device.

One area of interest for consumers is how Apple Watch looks and feels. Speculation about the future of the device suggests that Apple will move away from the existing Touch-on-Lens touchscreen solution in favor of a new and improved glass-film introduction. However, it’s unlikely that move would have any significant or tangible benefits to the end-user. At this moment in time, there is also little belief that Apple would use a Series 3 Apple Watch launch to tinker or change the product design of Apple Watch to any huge degree.

The company has filed a number of patents over recent months and years which could theoretically be used in a future version of Apple Watch, such as a modular band system which would allow additional functionality to be embedded in the strap of the Watch, including additional battery packs and the like, but it’s entirely unclear if that will ever make it into a production version of Apple Watch.

We will bring you more of this one as it filters through over the coming weeks and months.