Apple Watch Series 3 To Have New Glass-Film Display, Will Ship In Second Half Of 2017

If DigiTimes is right, then the updated Apple Watch will ship during the second half of 2017, and it is unknown whether the change will offer any immediately obvious improvements for the customer, though the report does mention that the move was planned “considering cost and yield rates,” so it seems it is certainly slated to aid Apple.

While the chatter about a new Apple Watch has been minimal so far, one Chinese report last month also claimed that a newly refreshed model would be landing later this year.

The same report suggested that we could expect an improvement in battery life as well as a bump in speed, while also reporting that there would be no other significant change in what the Apple Watch Series 3 would bring to the table. Those looking for a redesign may be out of luck, at least in 2017.

While there have been rumors of an LTE chip being added to the Apple Watch during this refresh, all eyes so far this year have very much been on the iPhone 8 and what Apple will do to commemorate the tenth anniversary of its best selling product line. It is fair to say that the Apple Watch has received little attention in the press of late, though that may not translate to the amount of attention the device is receiving inside Apple. 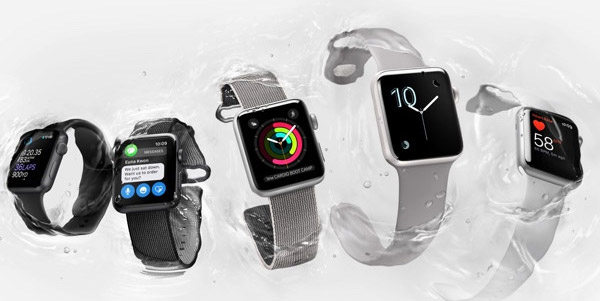 Following a maintenance year for the wearable last year, many had hoped that 2017 would be the year in which Apple pushed the boat out for the Apple Watch. If these rumors are accurate, that may simply not be happening this time around.