We have already seen lots of evidence related to video calling/conferencing feature in both iPhone OS 4 betas and iPad OS 3.2. And now screenshots from a field test firmware on iPhone 4G / HD has surfaced which confirms this even more! According to the source, these were taken during video calling field test on the next iPhone. 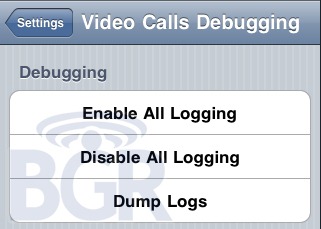 These screenshots though don’t show the actually video calling interface; however they certainly do provide more evidence of this new feature. Whatever the case maybe, we’ll soon know more about it at the WWDC 2010 on June 7th, where Apple will reveal the next iPhone, along with the final version of iPhone OS 4. [via BGR]