The iPhone 8, we are still around three months away from what we expect will be its official announcement event and we continue to see multiple leaks which could potentially be giving us a very good idea of what we can look forward to come September.

A number of those leaks corroborate each other, and we have now seen one which likely provides our best glimpse yet at what the iPhone 8 will look like. In fact, we think this is the iPhone 8, period. 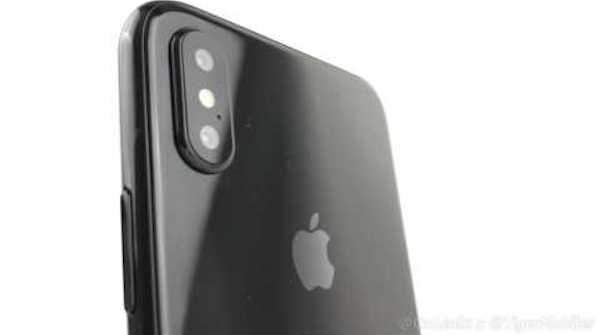 The leak in question involves a dummy model of what is claimed to be the iPhone 8, and it comes courtesy of a collaboration between @OnLeaks and Tiger Mobiles, a YouTube channel which has put together a video in which the dummy is shown off in all its glory.

Watching the video it is clear that this dummy includes all of the features that we have been told to expect via numerous leaks which came before it. An almost bezel-free display is front and center, with a strip at the top of the screen which houses the front-facing camera and the sensors which all phones need in order to function, such as a proximity sensor. Around the back is a glossy black finish on a panel made of glass, something that has been rumored to allow the iPhone 8’s new wireless charging capabilities – a first for the iPhone lineup. Also around the rear of the device is the now famous dual-lens vertical camera configuration, one thing that we can all agree is almost 100% confirmed at this point.

When it comes to dimensions, the dummy comes in at 71mm wide, 144mm long, and 7.5mm thick and it would seem that the iPhone 7-like frame will house an iPhone 7 Plus-like display, fixing a complaint often thrown at the larger iPhone – the fact that it is just so large when compared to other devices, especially the Galaxy S8+ from Samsung.

Dummy phones like this one are used by companies to make things like cases and such, and while it does resemble previous leaks and ticks all the boxes we would expect, it is still definitely possible that what we see here is not what we will see in September. The lack of a Touch ID sensor intrigues some, and while rumors of the sensor being placed below the iPhone 8’s screen have circulated for a while now, some remain unconvinced that the technology is in place for this release. We are sure they will be more than happy to be proven wrong though, and we will find out for sure soon enough. Whether that be via more leaks or September’s big announcement.