It would appear that the relentless onslaught of iPhone 8 leaks show no sign of letting up, with new leaks arriving even as the weekend gets into full swing.

The latest of those leaks comes in the form of a set of leaked images that are claimed to show an iPhone 8 dummy unit ahead of its official announcement some time in September. The images would appear to corroborate leaks that have already suggested the new device will feature an all-screen front panel with the Touch ID sensor built in as well as a new glass rear panel.

The dummy, assuming that is what we are looking at here, shows us a screen that only appears to have a cutout at the top for things like sensors and the front-facing camera, which fits well with several currently circulating rumors. Those same rumors also suggest an almost bezel-free design, again something that can be seen as part of this dummy unit.

Moving around to the back of the device, it is clear that there is no Touch ID sensor visible, suggesting that it is indeed under the display as has also been suggested by various rumors over the past few weeks. This would be the first time such a thing has been achieved, with Samsung said to have had similar plans for the Galaxy Note 8 but potentially shelving them due to design issues. 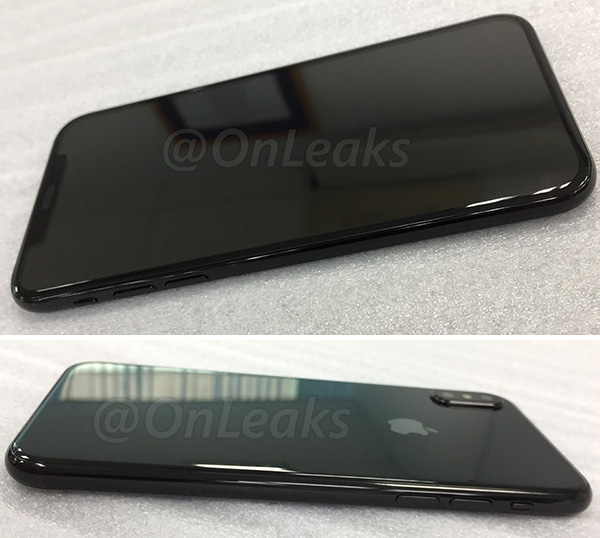 Staying around the back of the device, we can see the vertical dual-lens camera arrangement that has become synonymous with the iPhone 8.

Apple is expected to announce the iPhone 8 in September, which means we have around three months to wait before we can finally put all these leaks and rumors to bed, at least until the next round of rumors start ahead of the iPhone 8s launch!