The iPhone and iPad community is now sitting on iOS 11 beta 2, but the question remains, just when will we see beta 3 land, and what will it include?

Apple’s iOS 11 platform has already proven itself to be an instant hit with those who are taking the opportunity to test and interact with the platform from a development perspective. The new features, improved aesthetic in key areas, and added frameworks and APIs have hit the sweet spot with the developers, who are aggressively testing and feeding back to Apple with improvement areas of note. 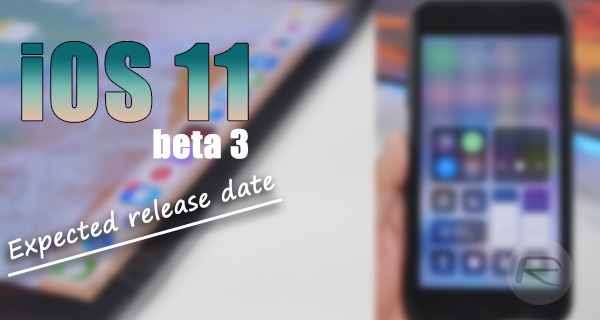 Apple has placed us into a somewhat false sense of security by releasing previous beta versions of iOS with an almost military-like accuracy. With the release of relatively minor beta versions of iOS 10 or iOS 9 in the past, we can almost predict the date when a new beta would drop, with the Cupertino-based company often leaving around seven days between each minor release to ensure that developers and testers were kept on their toes, but also that the testing period was kept to a minimum.

With a major release like iOS 11, given the fact that the company really has up until September to get it right, there’s no real pressure being applied from a timing perspective. The jump from beta 1 to the beta 2 seed took the company 17 days. That was approximately three days longer than our original prediction and the usual two-week release window for major beta releases.

With those timescales in mind, we now expect the third beta of iOS 11 to make its way onto the developer portal between July 6th and July 10th.

Whatever happens, and whenever beta 3 arrives, we can expect a version of iOS 11 which is more streamlined than the first two releases, and which potentially comes with a few additional refinements and tidbits for device owners to find and interact with. The real beauty of iOS 11 to date has been finding all of the smaller improvements that weren’t announced during the opening keynote of WWDC. We will continue to bring those to the public’s attention, but will also let the world know as soon as beta 3 drops.