A report by market intelligence provider SuperData claims mobile games accounted for 74% of revenue in the free-to-play space in 2019. The year-end review, which offers a birds eye-view of revenue generated by digital games and interactive media through the year, shows how dominant the free-to-play model continues to be as a whole, with mobile in the lead.

“Free-to-play games accounted for 4 out of every 5 dollars spent on digital games in 2019 thanks to strong performances from mobile games,” claims the report. Tencent seems to have had a good year, with its name mentioned three times in the list of the year’s top 10 free-to-play games by revenue, but it is Fortnite that, unsurprisingly, took the top spot with $1.8 billion. 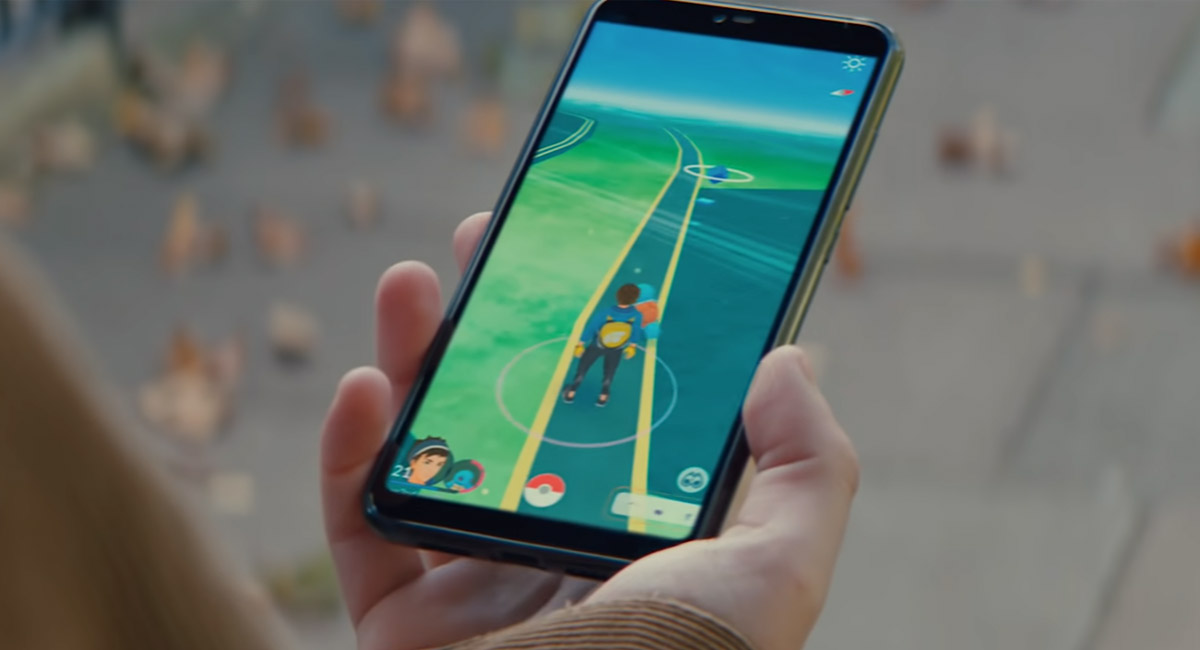 Tencent’s MOBA Honor of Kings (titled Arena of Valor outside of China) claimed third place, generating $1.6b in annual revenue, falling just short of second place. Game for Peace, the studio’s Chinese variant of PUBG, took ninth place with $1.2b. For developers KING and Niantic, Candy Crush Saga and Pokemon GO are the gifts that keep giving. Both games continue to be among leading free-to-play titles with $1.5b and $1.4b annual revenue respectively.

Overall, mobile games claimed $64.4b in revenue, amassing quite a lead on $29.6b generated by PC titles. The console space was even further behind, with $15.4b to its name.

SuperData predicts this trend is likely to continue through 2020, with the mobile gaming industry showing no signs of slowing down. Major PC and console titles are steadily making the jump to mobile. 2019 saw Activision finally bring Call of Duty in all its glory to Android and iOS, and there have, for some time, been talks of Respawn’s popular Apex Legends having a mobile variant in the pipeline as well. 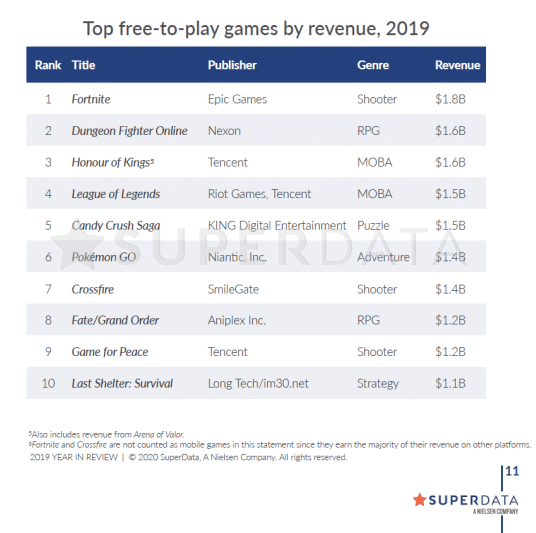 The industry as a whole grew by 4% YoY, with virtual, augmented, and mixed reality entertainment seeing a growth of 26%, which the report attributes to the release of new hardware such as the relatively affordable Oculus Quest.