At its sixth annual Oculus Connect event today, Facebook announced a couple exciting new updates in the cards for its Oculus Quest headset. The standalone VR headset, lauded for offering an affordable, hassle-free experience for those looking to dip their toes into the VR space, may soon become a viable alternative to the company’s high-end Rift headset. Come November, Quest owners will be able to plug their headsets into their PCs through USB to play Oculus Rift games.

This will be made possible through a new app called Oculus Link, with the requirements being a PC powerful enough to play your Rift game of choice and with USB 3 connectivity. Facebook plans to release an optical fiber cable later in the year for “a best-in-class experience with maximum throughput and comfortable ergonomics,” though it should work with “most high-quality USB 3 cables” at launch. 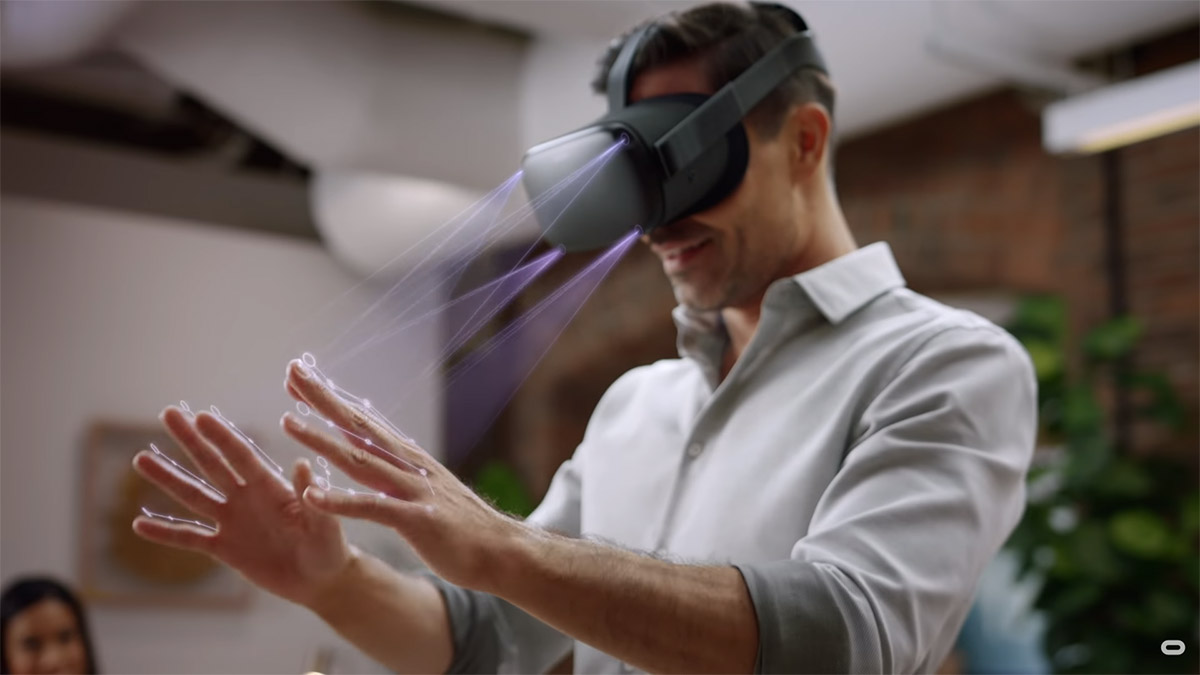 Perhaps even more exciting than access to the Rift’s roster of VR games is the announcement of hand tracking. Slated for release in early 2020 on the Quest, the feature will use the headset’s onboard cameras coupled with deep learning to track a user’s hand movements, allowing for controller-free input.

Our computer vision team developed a new method of using deep learning to understand the position of your fingers using just the monochrome cameras on Quest today—no active depth-sensing cameras, additional sensors, or extra processors required. This technology approximates the shape of your hand and creates a set of 3D points to accurately represent your hand and finger movement in VR.

Facebook says that the first release will be “experimental,” suggesting it may be a ways away from completely replacing Oculus Touch controllers. There is no doubt, however, that this is the best direction for the headset and the VR market as a whole – in addition to making headsets like the Quest more portable, being able to use hands freely in VR space should feel more natural as well.