How To Fix iOS 13 Problems, Crashing Apps Issue And Other Bugs

Here’s how to fix common iOS 13 problems, crashing apps issues, and bugs after Apple made the iOS update available to everyone.

Now that iOS 13 is available, everyone is rushing to get the new hotness installed on their devices. Sometimes, that isn’t as easy as it sounds, and then sometimes people get updates installed and have issues afterwards. No big software release ever goes according to plan. 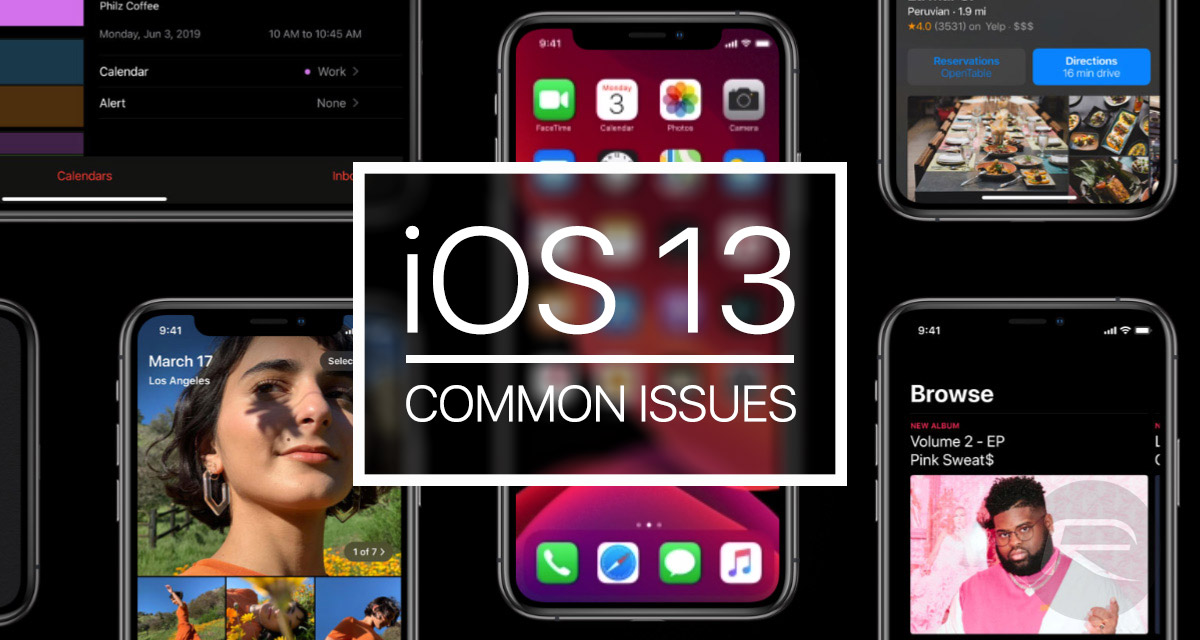 There’s a lot to enjoy about iOS 13, but you also need it to work as you’d expect. Unfortunately, no amount of beta testing will allow Apple to release something with zero bugs. But thankfully, whether you’re having problems installing the update, or are finding weird things happening after it is installed, there are options ahead.

If your device seems to be stuck at the “Update Requested” message, here’s what you need to do to fix the problem: Fix iOS 13 Update Requested Stuck Issue On iPhone And iPad, Here’s How

Actually installing iOS 13 can be an issue for a lot of people and if you fall into that bracket, we’re here to help. In fact, you really ought to check out the post linked below. We’ve heard good things from those who have: Fix iOS 13 OTA Stuck On Preparing Update Issue, Here’s How

Somehow even in 2019, Bluetooth still manages to cause more issues than it has any right to. There are things you can try if your headphones or other Bluetooth devices aren’t playing ball, though: Fix iOS 13 / 13.1 Bluetooth Not Working / Permission Issues On iPhone Or iPad, Here’s How

WiFi issues have been reported by those running pretty much all new versions of iOS over the years. If your WiFi isn’t as strong as it should be, or it plain old doesn’t work, here are some options for you to try: iOS 13 WiFi Fix: Keeps Dropping, Not Working, Disconnecting Or Running Slow? Here’s What To Do

Every single iOS release has people complaining about poor battery life. There isn’t much we can do about it, other than make sure nothing is really untoward: Fix iOS 13 / 13.1 Battery Life Issues And Percentage Drain, Here’s How [Guide]