Analyst Ming-Chi Kuo usually has a finger on the pulse of Apple’s supply chain so when he shares a new investor note, it’s worth paying attention. That’s what happened late last night with the most notable news being that we should probably not expect any AR glasses to come out of Apple until 2022 at the earliest.

Alongside the new timeframe, he also shared details of a pair of new iPads that are going to come to Apple’s lineup.

Specifically, an iPad mini running at around nine inches and a new larger model at almost 11 inches. Kuo says that both tablets will be aimed at a lower price point in a move similar to the iPhone SE.

We predict that Apple will launch the new 10.8 inch ‌iPad‌ and 8.5–9 inch ‌iPad‌ mini models in 2H20 and 1H21, respectively. GIS will be the main touch panel supplier. The two new ‌iPad‌ models will follow iPhone SE’s product strategy, and selling points will be the affordable price tag and the adoption of fast chips. We believe that GIS will be the primary touch panel supplier for these two new affordable ‌iPad‌ models because the company is the largest medium-size touch supplier, thanks to the cost advantages of Megasite. We think that two new affordable ‌iPad‌ models will significantly contribute to GIS’s revenue because affordable models account for 60–70% of total ‌iPad‌ shipments.

The larger screens might also come at the cost of portability unless Apple also plans to make the bezels smaller than they are on current iPad and iPad mini models. Kup doesn’t mention that, however. 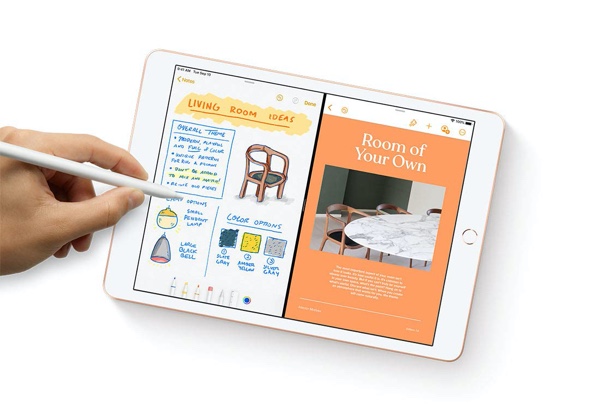 Apple has normally managed to put larger screens in iPads by moving to Face ID and killing the Home button. But with Kuo’s belief being that prices will be relatively low, Face ID is very unlikely indeed.

As for AR glasses, previous rumors have also pegged a potential release window of 2022 so this isn’t particularly new news. But it’s increasingly clear that Apple won’t have them ready any time soon.