Similar to the ones found by BGR last month, the iPhone hacker named iH8sn0w has found more references to next-gen iPhone, iPad and iPod touch in iPhone OS 4 Beta which was released last week. So are we in for something exciting coming up from Apple in the near future? Well only time will tell, for now, check out this screenshot below. 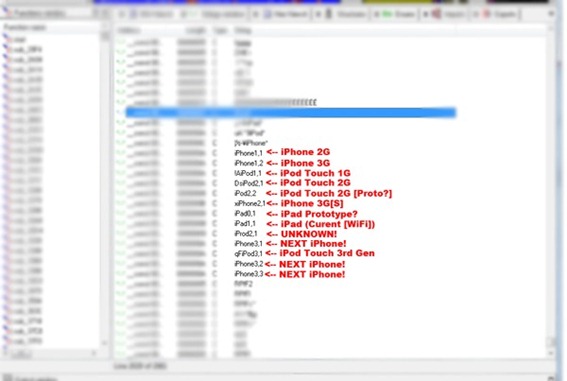 The three entries for the next-gen iPhone: “iPhone3,1”, ”iPhone3,2” and “iPhone3,3” suggests that one of these may be a reference to the long rumored CDMA version of iPhone for Verizon. Thoughts?