Yet another feature packed phone by HTC, called the Droid Incredible is set to hit Verizon on 29th of this month. The specs are quite similar to those of the Nexus One, but it is a slightly more tweaked version of it in terms of hardware. 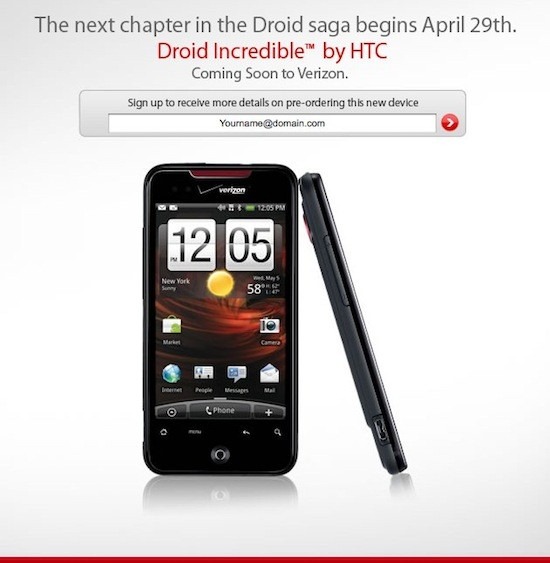 The ad for the phone showed up on Verizon’s website today and it is indeed going to be released on 29th of April. The phone is packed with some respectable features which are now becoming a standard for almost all HTC phones. The specs of the phone are very much similar to the Nexus One but has a few tweaks under the hood. It features 1GHz Snapdragon processor for seamless multitasking, 3.7 inch OLED Capacitive touch screen display, an 8MP camera with auto focus, GPS, accelerometer for auto rotation, 8GB internal storage and supports external expansion of memory up to 32GB via microSD card. To top that off, it runs on the latest release of Android 2.1 Éclair.

Sprint EVO 4G or Verizon Droid Incredible, Let us know which one will you go for. [via Engadget]