Leaks of iPhone 8 parts and details at this point are simply so commonplace that it is arguable as to whether they are news at all, but when a supposed iPhone 8 dummy unit shows up not only in photos but also video, then you have to sit up and take notice. That is exactly what happened here, with both forms of media shared by 9to5Mac.

A quick glance at the images alone shows a host of things that had previously been rumored. Those include the lack of a Touch ID button on either the front or rear surface, smaller bezels all around and a new vertical camera orientation.

All of these facts marry up at least in part with rumors that have now been circulating for some time, so there is nothing here that we did not already expect. That being said, when you see everything come together into one physical object, it is difficult not to pay attention.

The dummy unit shared by ‎Shai Mizrachi has a two-toned black and silver finish, something that has previously been mooted by Benjamin Geskin for the iPhone 8’s release later this year. A unit resembling this dummy model also appeared in a video last month, although only briefly. At this point, we see little reason to doubt the dummy’s authenticity.

The iPhone 8 is expect to be announced this coming September, with a release following a week or so after that. Rumors and leaks have been appearing more regularly than we are sure anyone inside Apple would like right now, but as the inevitable announcement edges ever nearer, we do find ourselves wondering just what will be left to the imagination by the time September rolls around.

Here are comparisons of it with iPhone 7 Plus side-by-side: 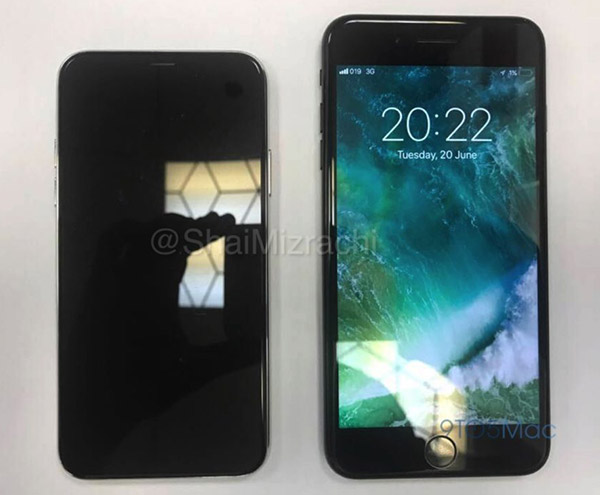 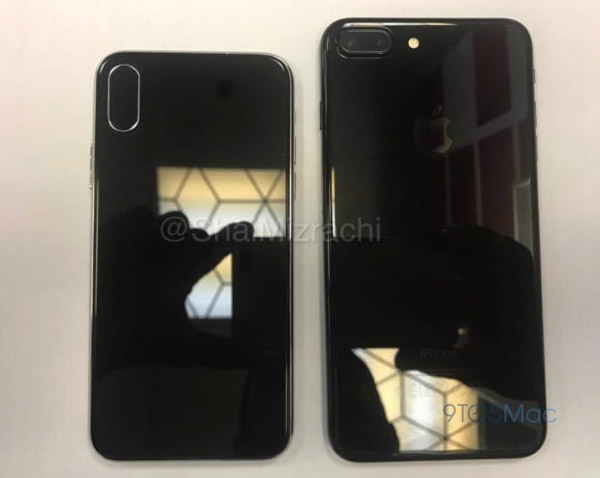 You can watch the brief hands-on video below.