At this point, it is commonly accepted that Apple will launch a new, 5.8-inch iPhone dubbed the iPhone 8 later this year, with two smaller iPhones arriving beneath it in Apple’s product lineup.

It’s this iPhone 8 that is causing quite a stir right now though, with many rumors about the device swirling around the internet in what is fast becoming a perfect storm of speculation. The latest piece in the puzzle is a report that claims Apple will ditch the Touch ID fingerprint sensor for the iPhone 8, with a new 3D laser sensor being added to the device in order to allow for a new face recognition system.

The claim comes from JPMorgan analyst Rod Hall who points to claims that the iPhone 8 will feature a full-screen edge-to-edge screen design, which will eliminate the Home button as we know it today. That means Touch ID may not be available as well, though patents for Apple’s fingerprint sensing technology built into a screen are already out there. If Touch ID does die an early death though, the new 3D facial recognition system would replace it as a method of authentication for things such as Apple Pay and generic on-device security.

The new sensor is expected to cost Apple around $10 to $15, which, when coupled with the extra expense associated with the larger screen and such, does jive well with previous reports suggesting the iPhone 8 will cost as much as $1,000.

As well as being used for security, Hall points out that the 3D sensor could be used in augmented reality settings as well.

One obvious and potentially most compelling use would be AR/VR experiences in which the user’s hands and other real world objects are being scanned and integrated into a field of view provided by the iPhone mounted into a Google Daydream-like headset. This would open up many interesting entertainment and gaming experiences not available today and might give Apple something extra in an AR/VR accessory compared to Google and others. 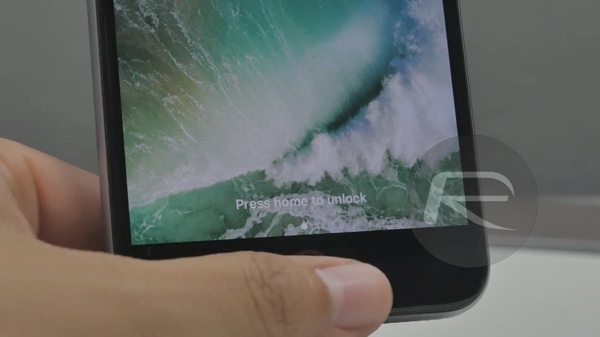 We are, of course, still over six months away from the iPhone 8 being ready for its big debut, so we expect these rumors and analyst claims to continue between now and then. Some may shore up what we already think we know, and some may contradict it. All we do know is that by October, we should know all the answers for sure.