An iPhone repair site by the name of iResQ today has received some iPhone parts, which they claim are from the upcoming next-gen iPhone which is expected to launch in summer of this year. The interesting bits which they found from this new iPhone 4G shell are as follows. 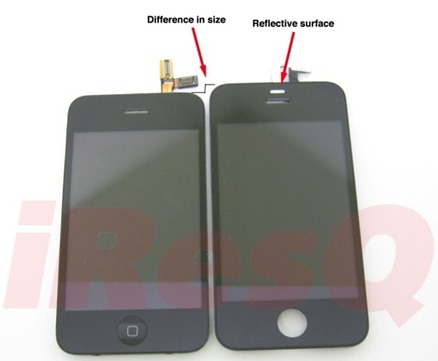 1) The LCD appears to be factory glued to the digitizer which is more similar to the first generation iPhones than the iPhone 3G and 3GS. The digitizer can be separated from the LCD on the 3G and 3GS models, which should be interesting to all, but for the repair folks like us–this means that the 4G screen repair price will be higher since both parts will have to be replaced at once.

2) The iPhone 4G front panel seems to be about 1/4″ longer than its predecessors.

3) There is an interesting reflective, mirror-like surface directly above the speaker. This is likely a spot for the proximity sensor. If that’s what it is, it’s in a different location than previous models. 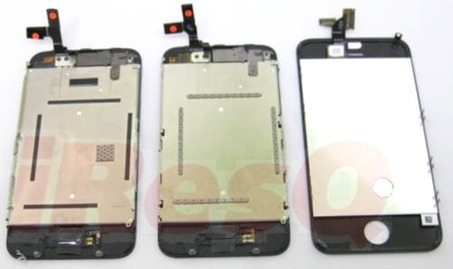 Next-gen iPhone is likely to be unveiled at this year’s WWDC conference. It is expected to feature a faster processor, a 5 megapixel camera with LED flash, camera on the front for video conferencing, support for WiFi-N standard and so on.

Our complete round-up of all the iPhone 4G rumors can be found here. [via MacRumors]