Core i7 MacBook Pro Spotted in a Benchmark Report

The current generation of MacBook Pro’s are powered by Intel Core 2 Duo processors. At CES 2010 last month, Intel officially unveiled Core i5 and Core i7 processors for the first time for portable computers. Apple’s MacBook Pro line is due for an upgrade this year and it would only be wise for Apple to ship these with Core i5/i7 processors as they are now the flagship chipsets of Intel. 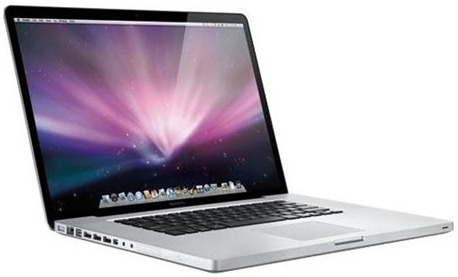 In a Geekbench report posted at the said site has revealed a MacBook Pro with a 2.66 GHz Intel "Arrandale", which suggests that a new high-end MacBook Pro model may be out sooner than expected. The benchmark score of 5260 for this machine is significantly higher than the current-gen MacBook Pro models with 2.66 GHz processors. This benchmark test which was run by a computer identifying itself as a "MacBook Pro 6,1" suggests it’s an upgrade to current Pro models which uses "MacBook Pro 5,x" identifiers. The 6,x identifiers had been seen in developer releases of OS X 10.6.2 last August. This computer was running an unreleased build of Mac OS X 10.6.2 called build 10C3067. Here are some screenshots from the report. 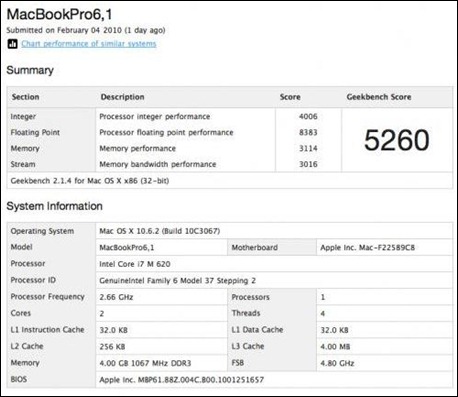 If you are in to get a MacBook Pro, hold off from buying one as there is now a high possibility of these new MacBook Pro’s with Core i5 and Core i7 chipsets to hit the retail shelves much sooner than expected. [via MacRumors]