Prime Day 2019 may be over but that doesn’t mean that it is actually over. Confused? Well, you shouldn’t be, it simply means that Amazon still has some deals lingering from its Prime Day extravaganza and we have unearthed a few for your attention.

Understandably, some people will be suffering from a financial hangover due to the amazing deals which were exposed over the 48-hour madness that was Prime Day 2019. Those individuals may not have the appetite for more spending but for everyone else, and specifically those who wanted to snag some great tech during Amazon’s Prime Day event, we’ve got a number of deals below which are still being offered and which will immediately save you money by not forcing you to pay full retail price. 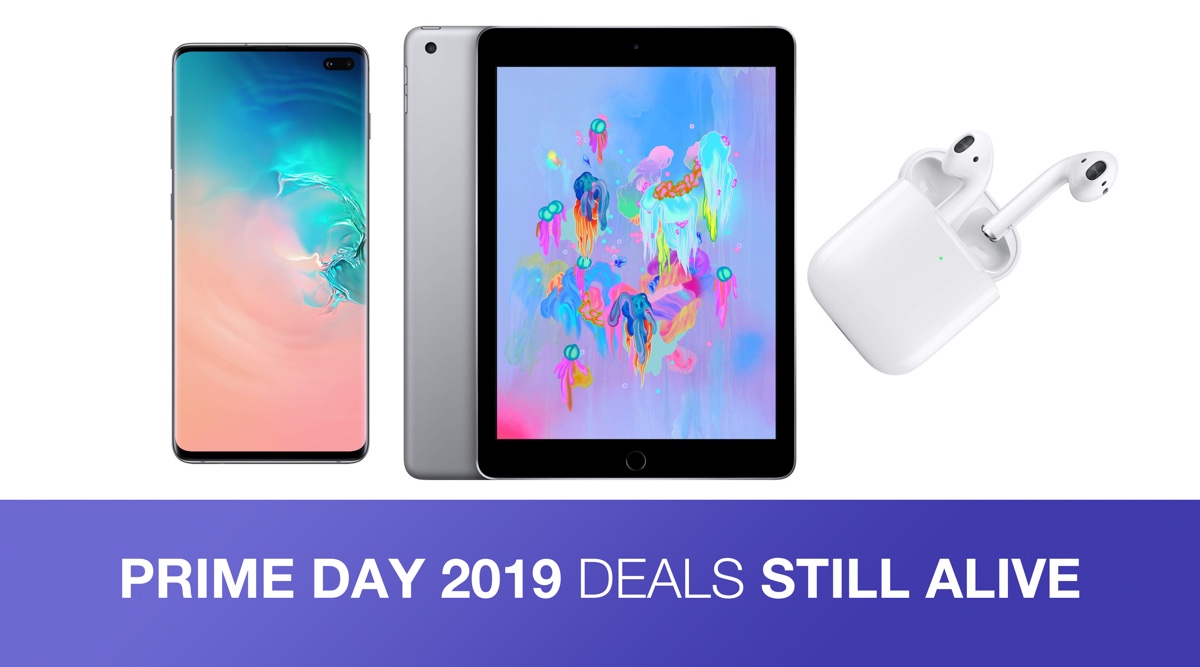 If you want to invest in an Apple iPad, then we have that for you below with an $80 discount. If you want to get the latest and greatest Samsung hardware, then we have deals covering the Galaxy S10e, Galaxy S10 Plus, and even Samsung’s larger Galaxy Note 9. We also have some wearables in the form of the Fitbit Versa Smart Watch and audio is covered with Apple’s AirPods. Some truly excellent hardware being offered at mind-blowing prices.

Keep in mind that these deals are hangovers from Prime Day 2019 and likely won’t have a long time left to run. The deals could be time-based and run out at any time or could be based on stock levels or a number of units sold. Whichever it is, it’s highly difficult to predict and we could be in a position where the price rises at any given time, so, our advice is to act fast if you are interested in one of the deals.