Google Nexus One Hands On

More details have emerged regarding the upcoming Google phone called Nexus One. Tnkgrl Mobile who has had a hands on with the device has confirmed that Nexus One, like Motorola Droid on Verizon wont support multitouch, out of the box. Not atleast in the two apps (Browser and Google Maps) that she tried out.

There’s no multitouch support in the browser or in Google Maps. 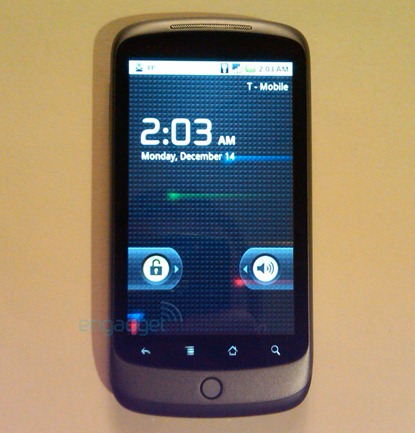 Due to some agreement, she was not allowed to capture video or picture of the phone, but she has confirmed the following hardware specs of the unit she tested.

You can check out the complete specifications of the Google Nexus One phone here.

Google is expected to announce the availability of Nexus One phone soon, with the rumored launch data of January 5th and a price tag of US $199 for the subsidized version.