The latest round of rumors regarding the Google branded Nexus One suggests that Google is going to sell a subsidized version of Nexus One for a mere US $199 on contract free T-Mobile. If the rumor turns out to be true, then this is going to be the first time that a handset manufacturer has subsidized its device, rather than a carrier. Rumor also has it that the handset in question would be available for purchase online through Google as early as January 5th. 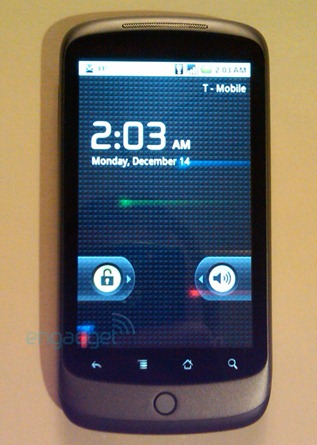 For those of you don’t know, Nexus One is the name of the Google phone which has been designed by the folks at Google, and the hardware is manufactured in partnership with HTC. It looks a hell alot like HTC Passion/Dream which is also slated or 2010 launch. Nexus One, like Xperia X10 and HTC HD2, will be powered by the Snapdragon 1Ghz processor and it will ship with the latest Android 2.1 OS as preinstalled. [via Android and Me]