The leaked HTC roadmap for 2010 revealed a number of Windows Mobile and Android powered handsets. It was here in this leaked report, where Android based flagship phone, the HTC Bravo made its first appearance along with its image and launch date as April 2010. With almost identical features and specifications, HTC Bravo is the European variant of HTC Passion which as some rumors suggest, is on track for a January 2010 launch in the States where as HTC Bravo will be launching three months later in April 2010 in Europe through T-Mobile. This news may be a big disappointment for those who would have wished to include it in their holiday shopping list. 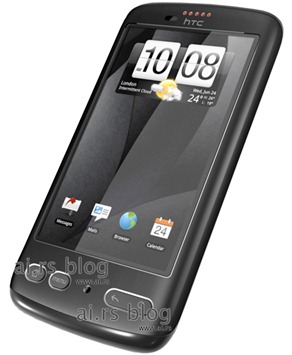 HTC Bravo with its 3.7 inches screen will be the first Android device to be powered by 1 Ghz Snapdragon processor. It is going to feature the popular HTC Sense UI which currently runs on HTC Hero and HTC Droid Eris. Specs wide, Bravo is going to be almost identical to its Windows counterpart, the HTC HD2 except for the screen size which is 3.7 inches compared to 4.3 inches on HD2. AMOLED capacitive multi-touch screen and HD video recording seems to have been inspired from the recently released Samsung Omnia II.

Full specs sheet of HTC Bravo (aka HTC Passion in US) is as follows:

HTC Bravo/Passion, Motorola Sholes Tablet (aka Droid 2.0) and Sony Ericsson Xperia X10 are the three Android powered phones to really look out for in year 2010. [via ai.rs blog]