Folks over at Sholes.info have managed to port Android 2.1 on Motorola Droid. You can go ahead and try it now but the hacker has a warning placed on his site which states that the current Rom release is unstable and might brick your phone. Earlier this month, Android 2.1 Rom was leaked for HTC Hero with the latest version of Sense UI, fully optimized to run on this latest version of Android. 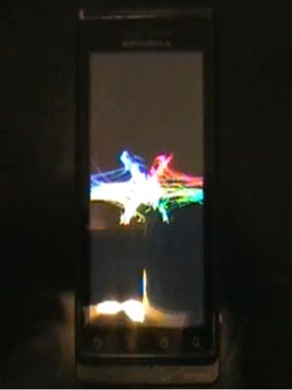 Both Motorola and Verizon has plans to bring Android 2.1 update to Droid as soon as Google makes it an official release. It is also to be noted that Android 2.1 is the OS which is currently being tested on the Google branded Nexus One phone. All info about the Nexus One Google phone can be found here.

Full installation instructions will be posted as soon as a proper, and a more stable release of the Rom is created. You can see Android 2.1 booting up on Motorola Droid phone in the video embedded below. [via Engadget]