Fans of the messaging tool WhatsApp should know that the only iOS device it’s been designed to work on is the iPhone, leaving the iPad and iPad 2 completely out in the cold, unnecessarily. Thankfully there’s WhatsPad, a jailbreak tweak that fools WhatsApp into running on 3G-capable iOS devices other than the iPhone. 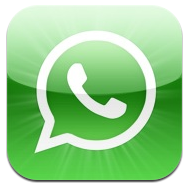 With WhatsPad, running WhatsApp on iOS devices other than the iPhone is incredibly simple, also there seems to be no apparent reason for iPad access to be blocked in the first place. It’s important to point out that this will not work on the iPod touch or the Wi-Fi iPad, since neither of those devices support 3G connections. This tweak won’t modify WhatsApp in order to make communication across Wi-Fi possible, it will simply remove the artificial restriction that stops it from launching on the 3G-capable iPad or iPad 2.

As you can see from the video above, this tweak requires virtually no setup and works rather seamlessly. Once it’s installed, WhatsApp will work just like any iPhone app on the iPad. If you want to scale it up and take the advantage of every pixel of the iPad’s screen real estate, you can do so as well by downloading one of the many well-known tweaks that make that a reality, such as RetinaPad or FullForce, which you can get from Cydia absolutely free or charge, or follow our detailed write-up if you want to just make the necessary modifications yourself.

This tweak, according to its developer @Lee28UK, has just been submitted to Cydia and is expected to be available to all users momentarily. Installing it from iFile, like it was shown in the video, won’t be necessary for common users. Instead, this will likely be a small, effortless installation from Cydia which is expected to take no more than a couple of seconds.

This tweak isn’t approved by WhatsApp’s developers or Apple itself, therefore you’ll need to jailbreak your device in order to make this happen. You can follow our step by step guide posted here to jailbreak your iPhone, iPad or iPod touch on iOS 4.3.5 using Redsn0w (or PwnageTool), or on iOS 4.3.4 using Redsn0w or PwnageTool (iPhone, iPad, iPod touch), or iOS 4.3.3 using Redsn0w, PwnageTool, Sn0wbreeze & JailbreakMe (that last one being the easiest). If you’re already using iOS 5 beta, you can jailbreak it using tools like Redsn0w (for Mac and Windows), or Sn0wbreeze.

For those who might not yet know, WhatsApp is a very popular cross-platform messaging system that replaces traditional SMS. Thanks to a small app, iPhone, BlackBerry, Android and Symbian users are able to communicate without paying outrageous SMS fees: except for the one time app purchase cost which is just $0.99 (data charges apply for sending and receiving messages).