According to inside information gathered by MacRumors, it appears that Apple is currently in the late testing stages of a 15" ultra-thin Mac notebook. After quietly axing it’s 13" plastic MacBook just last week in favor of the 11.6" MacBook Air as it’s basic, entry-level portable Mac, it seems as though Jobs and Co. are are already looking to fill in the void left by its departure. 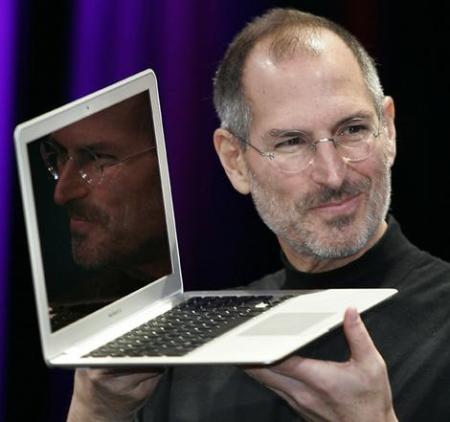 Apple has made many changes to its MacBook lineup over the last couple of years, and the popularity of the MacBook Air range has signaled the demise of the plastic-ky low-end MacBook design. The MacBook Air, described by CEO Steve Jobs as "the future of notebooks," was initially marketed as a mid to high range product, but has been highly popular and as such, has now sealed it’s place in the mainstream market, with prices falling to as low as $999.

Due to its success, and in keeping with the trend that thinner is better, it is now expected that the design traits of the Air will soon begin to spill over to the Pro, creating a more uniform MacBook range. It is thought that Apple may do away with optical drive on the Pro in order to accommodate a thinner design across the board, instead opting for the integrated SSD. The Cupertino based company has already demonstrated that it is happy to dispense with physical media with the recent release of its latest Mac mini, which does not have an optical drive.

It certainly makes sense in terms of Apple’s apparent desire to center everything around its online stores. Currently, the only way one can get the brand new Mac operating system – OS X Lion – is through the Mac App Store, and, going forward, it is looking more and more as though Apple is keen to make this arrangement of downloading major software, rather than buying physically a permanent one.

To sum it up in a few simple words, we believe that Apple releasing a 15-inch MacBook would be somewhat feasible, considering Apple killing off the white MacBook for good. A replacement of the MacBook Pro line-up with a MacBook Air-ish design and powerful hardware would actually make a lot of sense, maybe that’s just us.