Today’s release of iOS 4.3.5 was probably the most unexpected release of iOS that we’ve come across with. Its just an incremental update which patches a certificate verification issue, but that doesn’t mean that it can’t be jailbroken using the existing version of Redsn0w, and the iPad (1st-gen) is no exception. 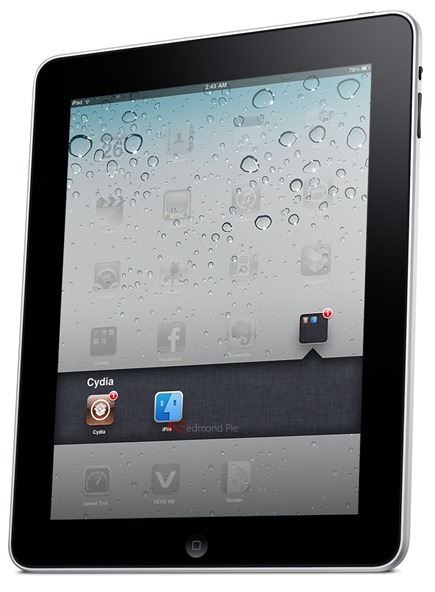 The jailbreak however is tethered at the moment, just like it is for the iPhone and iPod touch currently. The method for jailbreaking the iPad is the same which we’ve covered here for the iPhone. All what’s different is that in Step 3 of the guide, simply point Redsn0w to iOS 4.3.4 tailored for your iPad 1st-gen, not any other device. And also, your iPad should be updated to iOS 4.3.5 in order to go forward with the jailbreak, which you can of course grab from iTunes, or from one of the direct links given below.

Keep in mind that only the first generation iPad at this point is jailbreakable using Redsn0w 0.9.8b4, and both the 3G and Wi-Fi models are supported. the iPad 2 however is not supported at all at this point, in fact the iPad 2 cannot be jailbroken if you’re on a version of iOS above iOS 4.3.3, which is 4.3.4 or the current release of 4.3.5.

But sad news for those who have a 3G iPad 2, if you’re planning to downgrade for an untethered jailbreak, then you’re out of luck. This is because 3G iPad 2’s baseband cannot be downgraded at this point of time.

As we have mentioned before, the chances of an untethered jailbreak before iOS 5 goes final seems quite dim at the moment, if you’ve taken our warning seriously of not upgrading to iOS 4.3.4 or 4.3.5 then you’re in luck.