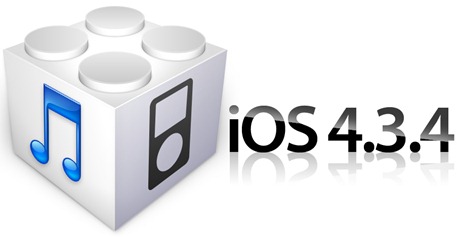 The steps and method for jailbreaking the iPad on iOS 4.3.4 tethered is the same as the ones we covered here for the iPhone and iPod touch. The only thing different is that you have to use the custom bundles tailored for your iPad and use the iPad iOS 4.3.4 IPSW file where necessary.

Keep in mind that this method does not support the iPad 2 in any case, if you have updated your iPad 2 to iOS 4.3.4 by mistake then you’ve lost your jailbreak for good, if you have a 3G iPad 2 that is. Unless you have a Wi-Fi only iPad 2 and have saved your SHSH blobs for iOS 4.3.3, then you can smoothly downgrade and jailbreak using JailbreakMe 3.0 on iOS 4.3.3, complete step by step guide posted here along with a video tutorial.

iOS 4.3.4 is a very minor update over iOS 4.3.3, the only thing that has been changed, or rather we should say “patched”, is the PDF vulnerability which was utilized by JailbreakMe 3.0 in order to jailbreak the iPhone, iPad and iPod touch running iOS 4.3.3.

JailbreakMe 3.0 on the other hand is the only method through which you can jailbreak your iPad 2 and that too untethered. JailbreakMe 3.0 is probably the simplest way through which you can jailbreak your iOS device. The steps for jaibreaking are probably a no-brainer and a person with the least amount of knowledge can follow them with ease. Simply point Mobile Safari on your iOS device to JailbreakMe.com, and just a couple of taps away, your device is jailbroken untethered.

As interesting it may sound, but the PDF vulnerability found in iOS 4.3.3 was a door which could be utilized by any hacker to steal information from your device without your consent. Just imagine, you open up a harmless looking PDF file on your device without realizing what it really is and you end up with a hijacked iOS device. For this reason, Apple released iOS 4.3.4, but with that came the death of JailbreakMe 3.0.

Luckily, our PwnageTool bundles are here to save the day! Though they do not work with the iPad 2, but they work seamlessly on the iPhone, iPad and iPod touch.

Changes needed for iPad 1st-gen from our guide here: 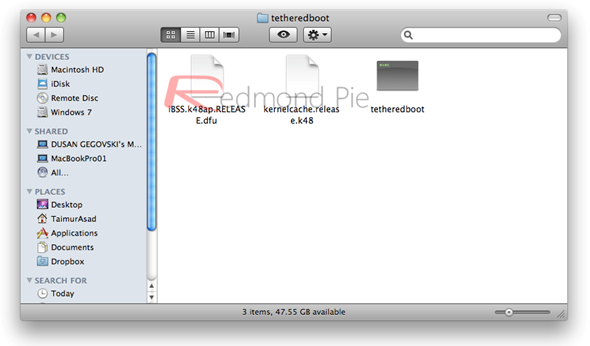 Tip: Simply drag and drop in Terminal – tetheredboot file, then iBSS file and then kernelcache.release file. 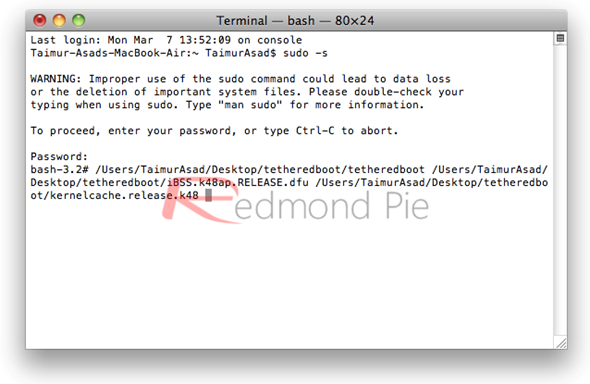 Have an iPod touch 4th-gen? Want to tether jailbreak it on iOS 4.3.4? Follow the complete step by step instructions posted here.