You can now download Pokemon Magikarp Jump for both iOS and Android APK device right now. Here are the details on this latest mobile game to come out of Nintendo.

Pokemon Go has proven itself to be one of the most popular mobile games of all time over the last twelve months, and it seems that the successes which it has found, has convinced The Pokemon Company that mobile is the place to be. In the hope of continuing and capitalizing on the successes of Pokemon Go, the company has released a new and official game for iOS and Android devices which focuses purely on everyone’s favorite useless fish; Magikarp. Allow us to introduce you to Magikarp Jump. 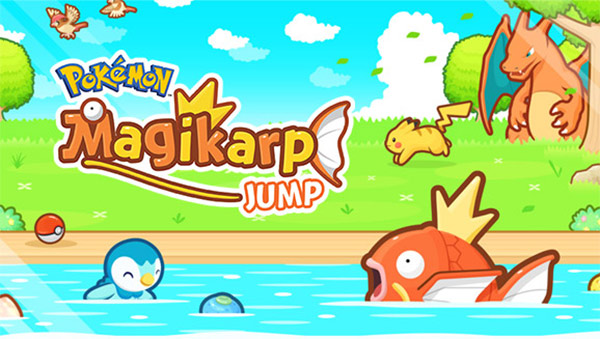 We all have our favorite Pokemon characters from over the years. Some gamers and fans of the TV show love the cute little Pikachu. Whereas others like the rarest of the rare creatures or the most powerful ones who can do the most destruction. Then there is everyone else who roots for the underdog and who appreciates the spectacular simplicity of the sideways fish who doesn’t seem to have much power and doesn’t seem to have or do much of anything. Until it evolves into the beast that is Gyarados of course when it reaches level 20.

That’s the creature that this new game focuses on. The new creation essentially puts the game in charge of catching a number of beautiful Magikarp with the sole intention of training that little water critter to be able to jump as high as it possibly can. Considering that jumping is pretty much all that Magikarp can do, it makes perfect sense that this is the area being focused on. Once they have been caught, gamers are able to feed it berries and apply different training techniques to take its jumping abilities to the next level.

This is definitely not going to be one of those games that look to compete with the big boys of the platform. This isn’t a replacement for Clash of Clans, or even a replacement for Pokemon Go for that matter. It’s simply a fun and addictive title with beautiful graphics and visuals that look to gets gamers hooked with its simple gameplay. 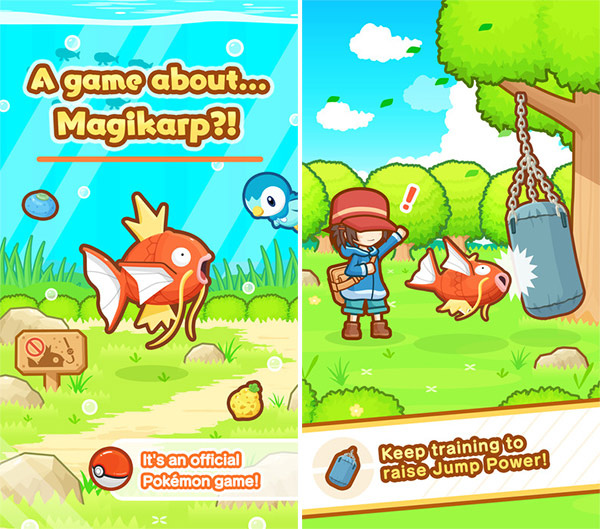 If you are a fan of Pokemon and a fan of the Magikarp in particular, then you will likely love what’s going on in this free-to-play title.

You can download the game right now for free from the relevant app store for your device.