Download: Extra_Recipe+YaluX Beta 3 Jailbreak Is Out With Cydia Substrate Support

Extra_recipe+yaluX beta 3 jailbreak is now available to download with Cydia Substrate support for iOS 10.1.1 running iPhone 7 and iPhone 7 Plus devices. Here are the details.

After releasing an initial version of extra_recipe+yaluX jailbreak only a couple of days ago, Luca Todesco is back again, this time with beta 3 release of the said jailbreak tool bringing in support for not only Cydia Substrate, but also other bug fixes as well. 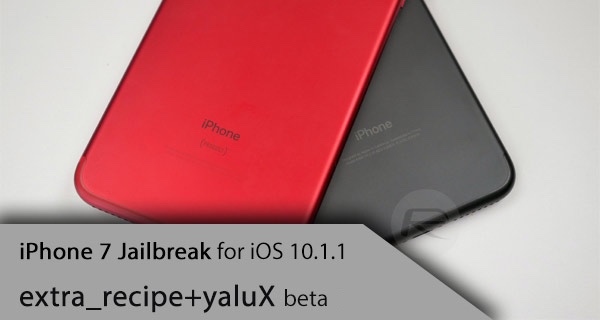 It’s important to note that extra_recipe+yaluX jailbreak is only compatible with iPhone 7 and iPhone 7 Plus devices running the older iOS 10.1.1 firmware. If your iPhone 7 or iPhone 7 Plus isn’t running the 10.1.1 firmware, you are pretty much out of luck as far as downgrades go because Apple is no longer signing that old firmware. Unless and until you meet tough requirements of Prometheus, there’s no way for you to downgrade your device back to iOS 10.1.1.

If you meet these requirements though, you can download extra_recipe+yaluX beta 3 from here, and then follow our previous guide on how to jailbreak your iPhone 7 or iPhone 7 Plus here.