While this new update brings a number of new changes to the iOS 10 jailbreak, it doesn’t add support for any new devices, meaning the jailbreak still works with a select number of 64-bit devices with 32-bit users completely left out with no support for jailbreak on iOS 10.

As far as new changes are concerned, official support for Cydia Substrate has finally been added to the jailbreak, but as we have shown previously, Substrate support was possible with previous version of the jailbreak too, albeit unofficially. 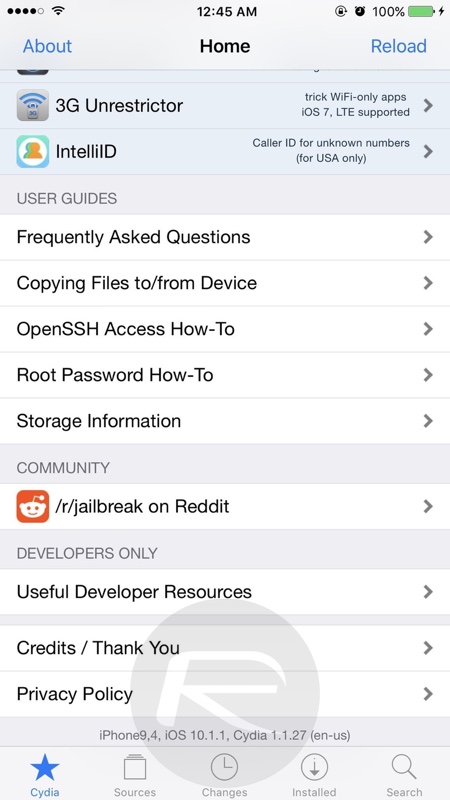 Released last week, Yalu + Mach_Portal is a semi-untethered jailbreak that supports jailbreaking on firmware version up to iOS 10.1.1 on iPhone 7, iPhone 7 Plus, iPhone 6s, iPhone 6s Plus and iPad Pro. Although iPhone SE isn’t officially supported as yet, but as we have shown in one of our previous posts, beta 3 version of the jailbreak did work for us on an iPhone SE running iOS 10.1.1. Your mileage may vary though.

If you are feeling adventurous and want to give it a go, beta 4 of Yalu + Mach_Portal can be downloaded from here [mirror]. Once downloaded, follow our guide on how to jailbreak your device on iOS 10 here: How To Jailbreak iOS 10 / 10.1.1 With Mach_Portal + Yalu [Tutorial]. This tutorial is applicable to both existing and new jailbreak users.

In case you run into issues like we did on beta 4, you can download beta 3 version of the jailbreak from here and rollback to it by following the same aforementioned tutorial.

As always, we will keep you updated on all the latest on iOS 10 jailbreak. Stay tuned to our jailbreak coverage here at RP.