iOS 10 Jailbreak FAQ: Everything You Need To Know

Here’s a complete iOS 10 jailbreak FAQ for the latest iOS 10.0.1-10.1.1 jailbreak, including advice on the devices and firmware that it supports, as well as any known issues that may currently arise when using this tool.

The long-awaited and anticipated release of a jailbreak solution for iOS 10.x.x is finally here, but like previous jailbreaks, comes with its own baggage of questions given that we have come a long way since last public jailbreak was made available. 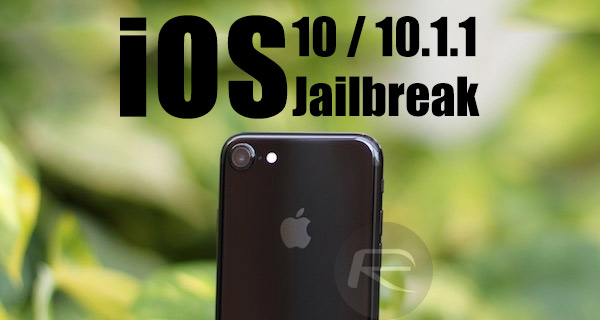 Of course, since it’s a beta jailbreak, not everything will work right away. Developers must also be hard at work in trying to update existing packages and tweaks to offer full compatibility with the latest jailbreak, and even releasing new ones given the host of new features that iOS 10.1.1 comes packing with.

So if you are really into jailbreaking but have questions that you really have no answer to, and are feeling slightly anxious about pulling the plug, allow us to address a few of those. Of course we will be updating this FAQ list as time progresses.

Which devices does iOS 10 jailbreak support?

The following 64-bit devices are officially supported by this latest jailbreak:

Support for other 64-bit devices will be added in future updates. 32-bit devices are not supported.

What version of iOS 10 does the jailbreak support?

What are the supported platforms?

You’ll be glad to hear that this latest public jailbreak solution is being offered for the platforms that we would expect. That means there’s compatibility with Mac, Windows and Linux systems when using Cydia Impactor.

Why is this latest jailbreak currently in beta?

As with most software, this jailbreak is currently in a beta stage as it is very early in its development lifecycle. It’s currently in a very early release stage, and as such contains a number of bugs and issues that could be problematic. In its current form, the jailbreak is ideally intended to be used by developers, but can be utilized by anyone with the right knowledge and skills, albeit at their own risk.

Is this jailbreak fully untethered?

No. It’s semi-untethered like Pangu’s iOS 9.3.x jailbreak where you will need to put your device back into jailbreak mode after every reboot.

Yes, Cydia does indeed work and is accessible on the jailbroken device.

Why does Cydia crash for me?

Officially, no. What this means is that those tweaks which make use of Substrate will not work on this jailbreak, at least not yet.

Which jailbreak tweaks are compatible?

Check out the full continuously updated list of jailbreak tweaks on Cydia that are compatible with this jailbreak here: iOS 10 – iOS 10.1.1 Compatible Jailbreak Tweaks On Cydia [List].

Why does mach_portal app crash whenever I try to run it?

You have likely not trusted the certificate for it. Check Step 9 in our tutorial here and make sure you have trusted the app’s profile before trying to run it. How To Jailbreak iOS 10 / 10.1.1 With Mach_Portal + Yalu [Tutorial].

Why are Cellular Data, FaceTime and iMessage not working after jailbreak?

Why am I getting “Could not open file /var/lib/dpkg/status – open (2: No such file or directory)” error in Cydia?

Follow the instructions here for fixing this issue: Fix Cydia “Could Not Open File /var/lib/dpkg/status” iOS 10 Error After Jailbreak, Here’s How.

It’s unfortunately not possible to downgrade from iOS 10.2 to iOS 10.1.1 due to Apple no longer signing the latter.

Currently no, but technically the answer to this is yes, but only when Prometheus tool is made available and you have the relevant .shshs2 blobs saved. Prometheus will require an iOS 9.x jailbroken device for a successful upgrade.

If you have a question or a solution to a problem not covered by this FAQ, do share with us in the comments below.