Those iPhone, iPad, and iPod touch owners who are running a jailbreak, either through the use of yalu102 (on iOS 10.2) or Saïgon (on iOS 10.2.1), have been waiting patiently for this update to come from Jay Freeman, and now, thankfully, it’s here in all of its glory. 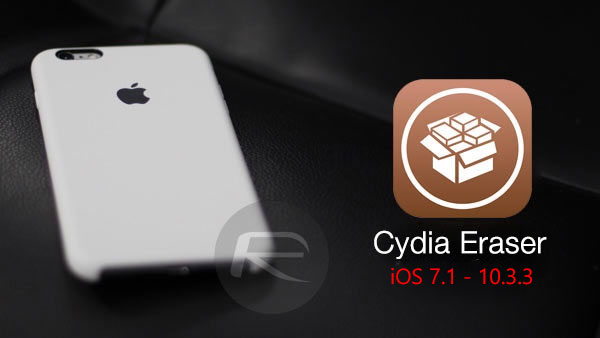 For those that may be new to the jailbreak community, or who have been here before but aren’t particularly au fait with new tools, suites, and packages which are now offered, Cydia Eraser is yet another little tool provided by the Saurik, also known as Jay Freeman, and the man who is often referred to as the “Godfather of Jailbreaking.” It’s bizarre to even consider that Freeman is still involved in the community given the years of dedication and service that he has given, but thankfully he is still here and he is still pumping out excellent and valuable tools and compatibility updates for existing offerings.

From a feature perspective, Cydia Eraser exists to do one thing and one thing only; to essentially remove any evidence of a jailbreak on the device and to revert that device back to what we would call it “stock” state, which is to say the state that it was in with a standard installation of Apple’s iOS before yalu102 or Saïgon was ran on the hardware without having to go through a restore using iTunes.

The beauty of it is that it also puts the device in a stock state on the firmware it was already running, whether signed by Apple or not, rather than forcing an upgrade to the latest available version of iOS. That means that it can still be jailbroken on the same firmware if the user so desires. 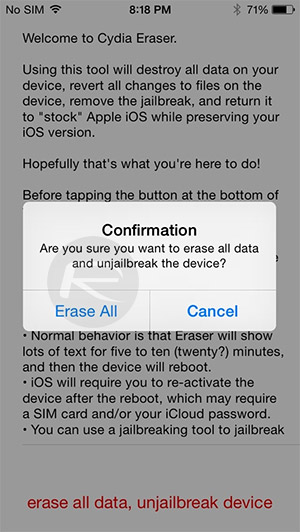 If you have been waiting patiently for this update to the Cydia Eraser package, and you are operating a jailbroken device on iOS 10.2 or iOS 10.2.1, then you are going to want to grab the latest Cydia Eraser tool right now with the added compatibility. Of course, if you know you need it but aren’t quite sure how to use it effectively, then we have covered this previously. The version number may be different, but the instructions on how to use it remains same. You check out our Cydia Eraser guide here.

While the updated tool does add support up to iOS 10.3.3, it’s not useful for iOS 10.3.3 as yet as there isn’t any public jailbreak available for that particular firmware version. But it’s good to see that the tool is future-proof in case a jailbreak for iOS 10.3.3 does show up in future.