Cydia Remover Is A Cydia Eraser Alternative For iOS 10

You can now download Cydia Remover for iOS 10 which is basically a Cydia Eraser alternative for jailbroken iPhone and iPad devices running latest firmware versions.

iOS users who have been involved in the world of jailbreaking for quite some time will attest to the fact that sometimes things can just go wrong. Problems can occur when new or experimental tweaks and experiences are installed, when changes are made to the system by the user through a file explorer, or, in all honesty, when the device needs to go in repair at Apple Store where a jailbroken device isn’t accepted for in-store support. That’s where this new package called Remover comes into play, acting as a working Cydia Eraser alternative for iOS 9 and iOS 10 devices for removing jailbreaks and putting the device back into stock-like state on the same firmware so that it can be jailbroken again at a later date. 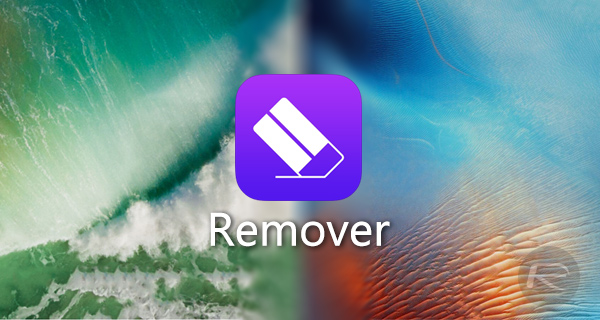 The popular Cydia Eraser tool by Saurik has proven its worth multiple times over for those jailbroken individuals who have needed to restore back to a stock version of iOS without actually updating the firmware on the device. But as you may already know, Cydia Eraser has still not received official update for iOS 10, which is where Remover comes into its own and takes the spotlight. Remover, just like Cydia Eraser, removes all traces of the current jailbreak, restoring the firmware back to a stock installation, but without actually going through the process of updating the device to the latest firmware.

Made by Pwn20wnd and CoolStar, Remover uses the existing SemiRestore10-Lite package by CoolStar to remove all installed user apps and files. It then has additional parts of the process which goes through the heavy lifting work of removing the jailbreak and revert back to stock-like state. 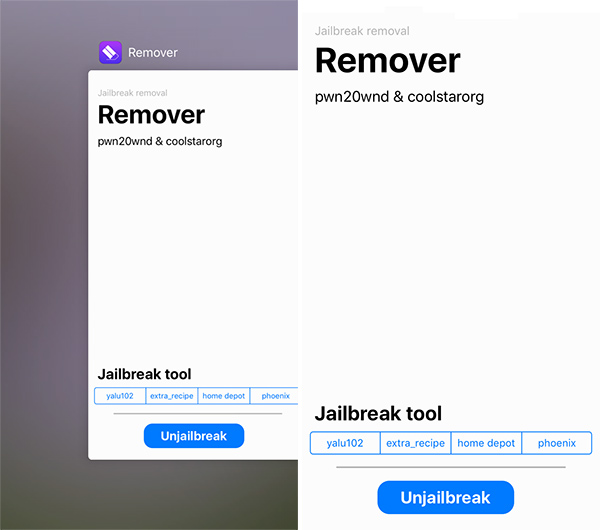 The end result, as far as the device owner is concerned, is an iPhone or iPad running a stock version of iOS which is still sitting on the same version of firmware, which means that it can be jailbroken again using either yalu102, Phoenix, Home Depot, or extra_recipe+yalux, all of which are supported by Remover.

We use the term Cydia Eraser “alternative” as opposed to “replacement” due to the fact that Remover doesn’t go through the intricate process of downloading and replacing stock iOS files directly from Apple to truly replace the file structure, but it’s still a very decent tool to have in your arsenal.

In order to download Remover, you’ll need to add the following repository in Cydia: https://pwn20wnd.github.io/repo/eraser/. Once added, you can search for Remover and proceed to installing the app on your iOS device.