Formerly known as Cydia Impactor (which is now the name of Saurik’s new sideloading/jailbreak tool), Cydia Eraser was only recently updated with support for iOS 9.0.x. This new version though finally adds support for the latest jailbreakable firmware, which is iOS 9.3.3. 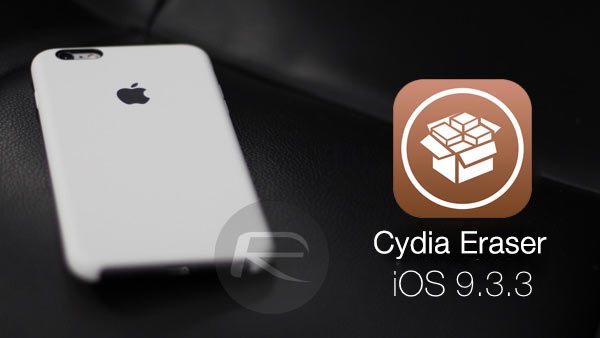 This release comes only a week after Apple dropped iOS 9.3.4 firmware to kill Pangu Team’s exploit which was used to jailbreak iOS 9.2 to iOS 9.3.3 firmwares.

For those of you who don’t already know, Cydia Eraser is a tool that can be used to completely wipe off all the data on the firmware, including jailbreak and everything, to return the jailbroken iPhone, iPad or iPod touch device to stock-like state without having to use iTunes restore. Why is this important? When Apple stops signing iOS 9.3.3, there will be no way to restore or downgrade back to iOS 9.3.3 using iTunes and then re-jailbreak on the same firmware in case anything goes wrong with your current jailbroken setup. This is where Cydia Eraser will come to your rescue as it will allow you to “unjailbreak” your device and bring it back to stock-like state on the same jailbreak-friendly firmware even when Apple is not signing that firmware.

Cydia Eraser is also useful in cases when you need to send your device to Apple for repair services, where it can be used to remove the jailbreak off the device and then re-jailbreak again once the device is back after service from Apple. You can use it to erase everything off the device but keep it on jailbreak-friendly firmware as well before selling it to someone else so that the new buyer could also jailbreak and enjoy the benefits that comes with it. 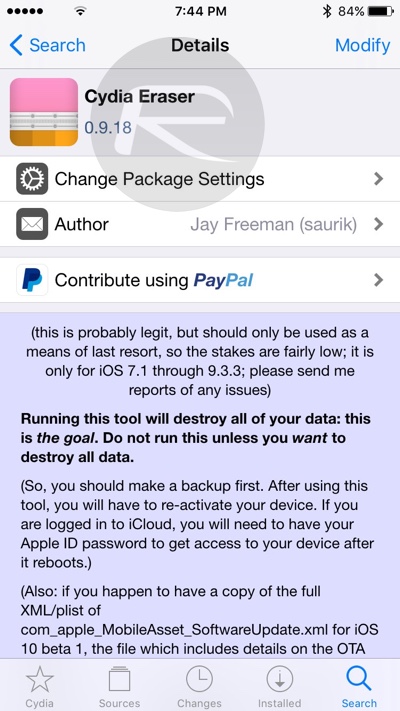 As of this writing, Apple is still signing iOS 9.3.3, which means you can still restore or downgrade to iOS 9.3.3 if you want without having to use Cydia Eraser. As explained earlier, the real usefulness of Cydia Eraser will come in once iOS 9.3.3 will no longer be signed, which honestly can happen anytime now.

Using Cydia Eraser on a jailbroken device is easy. We have already done a detailed video tutorial on it back when it was still called Cydia Impactor. Except for the name change and added support for newer firmware versions, everything else remains the same. You can find our guide on how to use Cydia Eraser here.