It’s extremely common to hear about the comings and goings of developers and prominent figures in the jailbreak world, but it’s not very often that we hear about what the so-called “Godfather of jailbreaking” is up to on a daily basis.

Jay Freeman, also-known-as Saurik, is not only the creator and maintainer of Cydia, but also has a number of tweaks and packages available that not only make jailbreaking continually possible, but also provide the backbone for some of the core services that jailbreakers enjoy on their devices. 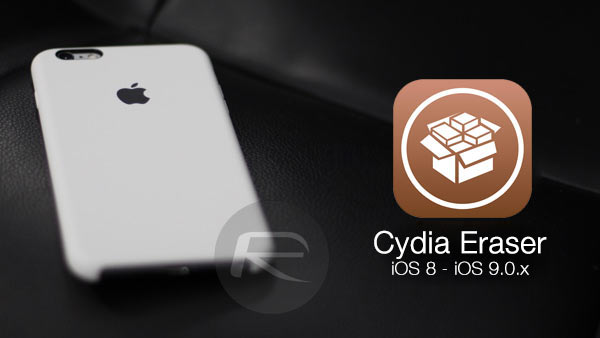 One of those packages, known as Cydia Impactor, was introduced around this time last year with support for iOS 8, and has now been updated with additional firmware support, and even a name change to boot.

The tweak, formerly known as Cydia Impactor, is now to be known as Cydia Eraser, which is probably more of a relevant name for the package given the functionality that it provides. The package is actually quite unique in the jailbreak world given the fact that it facilitates the process of unjailbreaking a device. Yes, that’s right, if you hadn’t heard of Cydia Impactor previously, then it’s a Jay Freeman-created tweak that was introduced last year to allow users to remove a jailbreak (including Cydia and any jailbreak tweaks) from their device, erase all contents and settings, and even kind of restore the device to a stock version of the same firmware that the device was jailbroken on, making it easy to re-jailbreak, or to sell it to someone on a firmware which is jailbreak-friendly.

That may not exactly seem groundbreaking, but when you consider that the process doesn’t require the use of iTunes, and actually puts the device back to a stock state on the same firmware allowing it to be jailbroken again, you really start to appreciate how valuable it is. 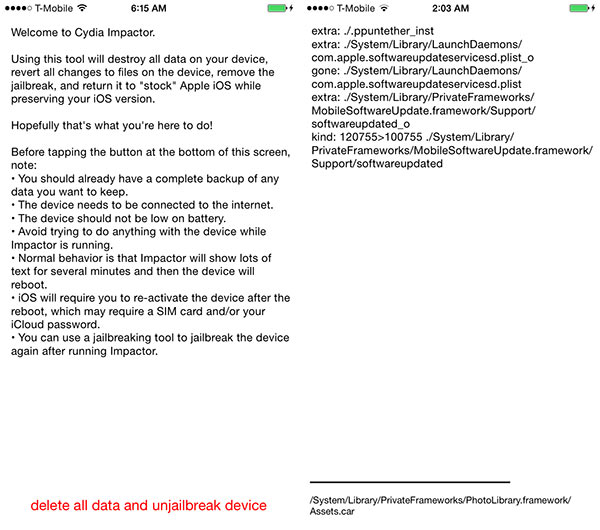 We haven’t really heard much about Cydia Impactor since then, but it’s now back in prominence with this name change, as well as a functionality and compatibility update that now sees it support iOS 9.0.x, though in limited form. This latest version won’t actually work with those new jailbreakers who are currently enjoying the spoils that the latest Pangu Team tool has provided for devices running iOS 9.2-iOS 9.3.3.

Of course, those who actually plan to use this tool should first of all make a full back up of any data on the device. By design, Cydia Eraser is purposed to erase everything from the device. You can follow the instructions on how to use in our previous guide here.