Microsoft has some fantastic news for video game fans out there who have yet to upgrade from a PlayStation 3 or Xbox 360. For the third time in less than two months, the software-giant has taken the decision to cut the price of its Xbox One hardware.

The internal decision has clearly been taken ahead of the official launch of the Xbox One S this coming August 2nd, but it now means that gamers can pick up a 500GB Xbox One console for themselves or as a gift for someone for just a $249 financial outlay. What makes that even more impressive is the fact that that price even includes a bundle with the choice of many popular gaming titles.

Consumers looking to part with the $249 for a 500GB Xbox One console would be getting a fantastic deal if they were only to receive the console itself and single Xbox One Wireless Controller. However, that purchase price also includes the option of games like Forza Motorsport 6, Rise of the Tomb Raider, Rare Reply, Quantum Break, or perhaps more importantly, the fantastic Gears of War: Ultimate Edition. Those games would easily cost upwards of $50 if purchased independently of the console, meaning that Microsoft is essentially offering a brand new 500GB Xbox One console and single wireless controller for around the $200 mark. We have the Xbox One S to thank for that reduction.

Microsoft has also shown its hand and confirmed that it has no intentions to raise the price of the console, suggesting that it will be available at the lower price point “while supplies last”. 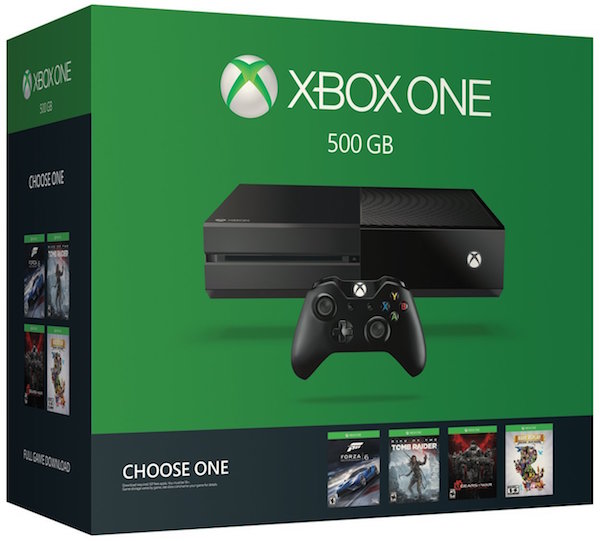 Microsoft may have history when it comes to slashing prices of the Xbox One, but all previous drops have come as a limited time offer, with the price ultimately rising back to its higher levels. This time around, the company is clearly looking to deplete inventory of the console, suggesting that it sees the future of the franchise as the smaller and lighter Xbox One S that brings a smaller form factor, as well as 4K Ultra HD content for videos.