Remember That Xbox One Laptop Mod? Now There’s One For The Xbox One S

The Xbox One S is Microsoft’s latest entry into the gaming market, and while essentially still the same Xbox One that many of us own, the new console has a few tricks up its sleeve, such as a newly redesigned body and support for 4K video playback. The new, revised Xbox One is also said to be a tad faster than its predecessor, though the same games are played across both machines. The Xbox One S is, for all intents and purposes, a new and improved Xbox One.

That doesn’t mean that it’s perfect, though. For starters, it’s not really portable, is it? 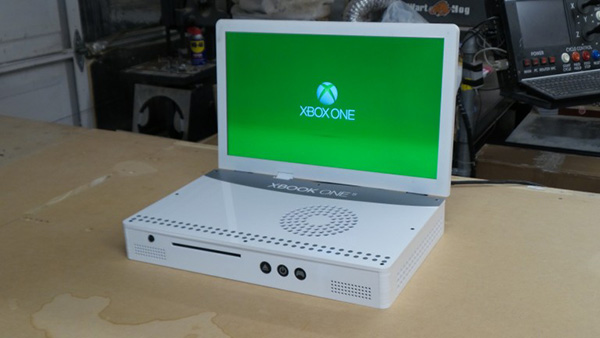 Now, while you may be laughing at the idea of an Xbox One being portable, it’s important to remember that getting an Xbox One, or indeed a PlayStation 4, ready to be played on the move isn’t a new idea. In fact, we’ve covered various incarnations of the theme before, but a new and updated model of the Xbook One has been announced, and it’s awesome.

Featuring a brand new Xbox One S that has been fettled with to such a degree that it’s simply a part of what appears to be an oversized laptop computer, the Xbook One S is available to buy now, though it’s built to order, so don’t expect it to land on your doorstep tomorrow, and the 500GB model will set you back just shy of $1500. For that, you’ll get an Xbox One S that’s attached to a 19-inch 720p screen and all the street cred you can handle. Just look at that thing. It’s gorgeous.

Ed Zarick, the man behind all this, says it will take around three weeks for orders to be delivered, but what you’ll get after those three weeks looks super worth the wait! 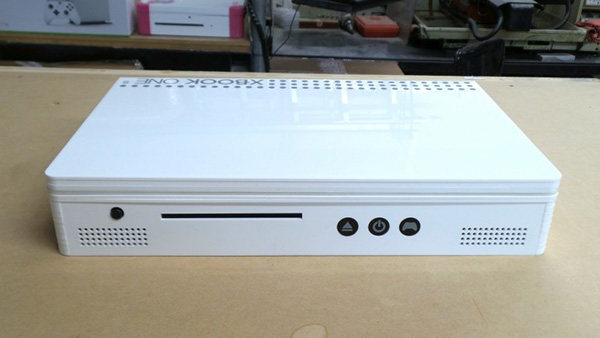 Zarick is also giving away free Xbook One S units over at his Twitter account @edsjunknet. To find out how to put your name down for the giveaway or to order a unit for yourself, simply head on over to xbookone.com.