What do you get when you stuff an Xbox and PlayStation in one casing? A PlayBox. A chunk-full of the best of both platforms, the PlayBox is designed like a laptop, packing its own display as well. More on this hybrid that is bound to have any avid gamer drooling over it, right after the break.

The PlayBox has been designed by renowned console modder Ed Zarick, who has been previously responsible for stuffing in Xbox One and PlayStation 4 components into gigantic laptop form factors. Not that such innovations are Alienware beaters, but the ease of console gaming is a definite winner. 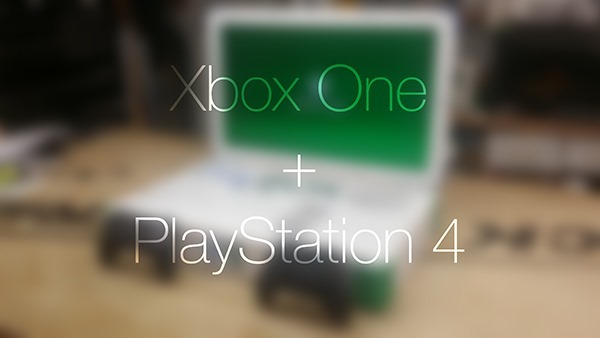 Zarick’s latest creation involves the same concept just that this one includes the innards of both the Xbox One and PS4 along with a 22-inch display. Zarick had made something similar on the numbers front when he created the Xbook Duo, a laptop form-factor console which packed both the Xbox One and Xbox 360. 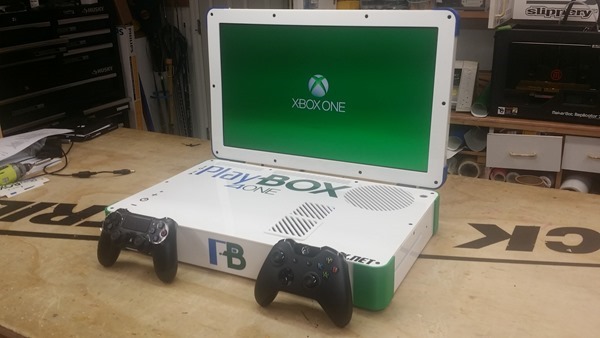 In the PlayBox, both consoles are paired to the same 22-inch display, however an HDMI port is included to allow users to connect to larger external displays. Interestingly, if you’re an Xbox One fan, you will find that the PlayBox is missing USB ports on the Xbox One side of the console. In a blog post, Zarick said, “This system took a lot of attempts and reconfiguring to make everything fit and still some things had to be compromised to make the system work, for example it was impossible to get the USB ports on the Xbox to be extended to the outside of the case.” On the looks front, the PlayBox isn’t really that appealing all dressed in white and green, but at least it doesn’t look like something put together in a hurry in a garage.

So where can you buy one? Sadly, this mammoth of a console is not up for sale and was designed as a made-to-order project for a customer – a customer with substantially deep pockets no doubt. What’s the price are we talking here? Well, Zarick stated that the price of the PlayBox is “substantially more” than the rest of his creations which are sold for roughly $1,500 apiece. Given how the PlayBox has two latest consoles packed into it, and a 22-inch display, I wouldn’t be surprised if the console tops the $2,000 mark.