What if Apple was to reproduce the original Macintosh in 2015, 31 years later? Looks like the designers at Curved Labs have the answer. Head on after the jump to read all about it.

From Macintosh to iMac, Apple’s desktop computer has evolved to great lengths since it was originally released. While designs evolve pretty slowly over a given period, 31 years is a lot of time, over which the Macintosh was totally redesigned to the new iMacs we see today, losing nearly every design element that went into the original Macintosh. 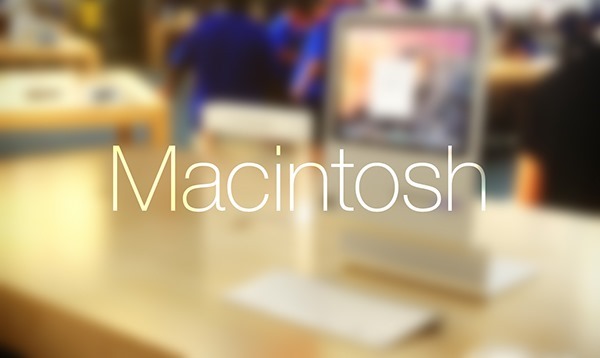 Let’s face it, the iMac’s design is slick by modern standards, but if you wanted to dive into the Macintosh era in 2015, Curved Labs has produced a rather beautiful concept of the old Mac dressed in the modern design language using the same aluminum found in MacBooks, iPhones and iPads. The result is ‘iMac meets Macintosh,’ and it still looks every bit of an iMac, but just a bit off. 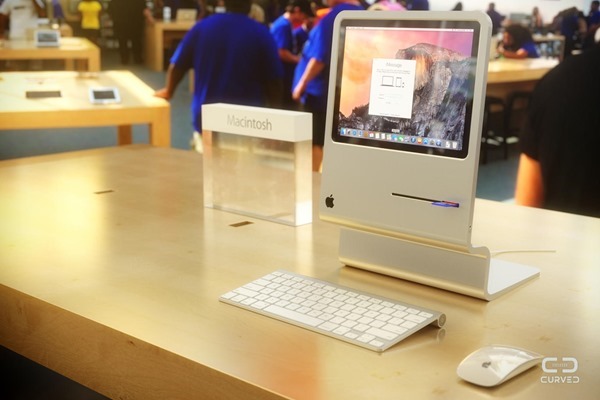 The concept has been shaped exactly like the original, but does away with all the chunk, retaining the design of the face with some elegant curves below the screen, and the media slots can be found exactly where the floppy-disk drive once was on the Macintosh. According to Curved Labs, “However, when building new technology Apple often unfortunately neglected their own design history. For us a reason to go back to the future for a tribute to the first Apple computer.” 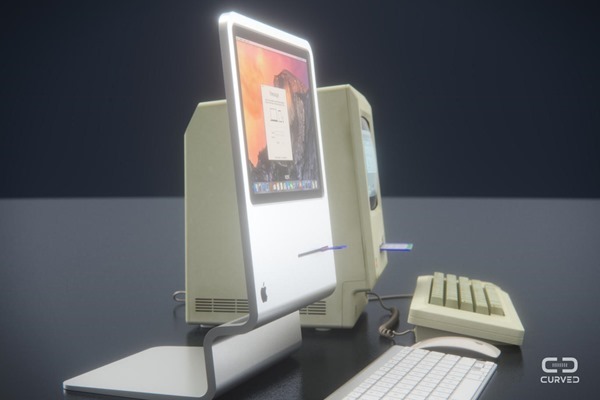 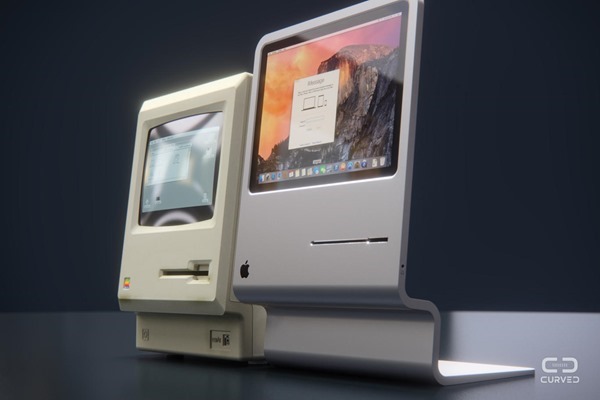 As for the hardware it packs, the concept is based on the components from a MacBook Air, including the display, which has been turned into a touch-screen, but mouse and keyboard inputs have been preserved as well. Under the hood there’s the latest Core i7 from Intel, and users can choose from 4GB or 8GB of RAM, coupled with a 128GB SSD for storage. 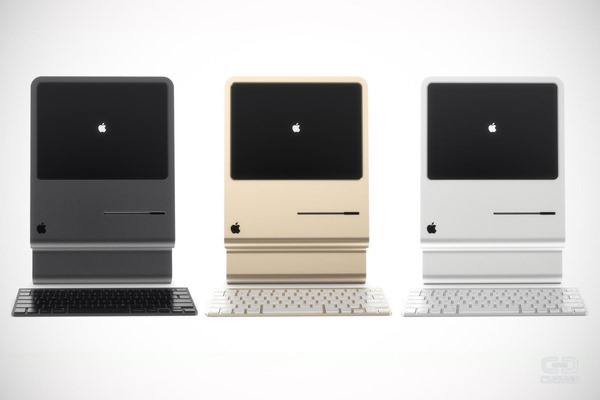 According to Curved Labs, this rendition of the original Macintosh “supports all popular WiFi standards and Bluetooth. You find already the new USB 3.0 port and a Lightning port. A built-in battery allows you to set up the Mac at different work locations on the fly.” To add some flare to their offering, Curved Labs is offering users the choice of iPhone and iPad-like colors as well such as, silver, gray, and gold.