SemiRestore, an extremely popular jailbreak package which has become a must-have for iOS device owners, has now been officially updated to offer compatibility with jailbroken iOS 10.2 devices.

The update not only means that the hardcore jailbreaking user-base has yet another familiar package offering compatibility with the latest devices running the latest jailbreak, but also that those users now have a relatively simple method of putting their devices back into an almost stock-like state without actually removing that all-important jailbreak. 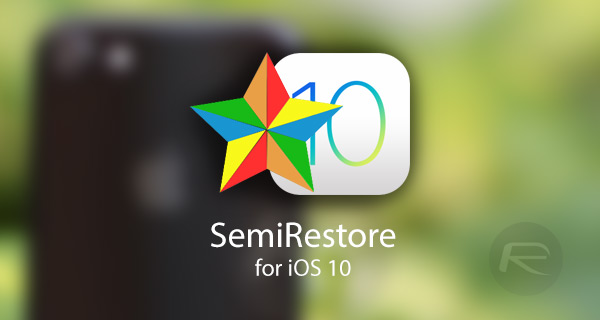 For those that have been jailbreaking for a while, or even those new to the scene with yalu102 being their first experience of iOS device liberation and have yet to encounter the CoolStar-developed SemiRestore, the package is essentially designed to rollback all installations on the device from a jailbreak perspective.

In reality, that means that it will remove all installed jailbreak tweaks, extensions, and packages, and make the device as “stock” as possible, but without physically putting the file system back to how Apple intended and removing the jailbreak payloads so that the user can start from scratch on the same firmware without losing the jailbreak.

In contrast, Jay Freeman’s Cydia Eraser – previously called Cydia Impactor – basically does the same thing as SemiRestore, but it entirely removes the jailbreak from the device, while leaving the user with the same version of iOS installed on the iPhone or iPad. Depending on the necessary outcome and use case, SemiRestore is actually a preferred option for a lot of users.

With this latest version, the developer has released it under the moniker ‘SemiRestore10-Lite’ due to the fact that it’s a downloadable file which runs directly “on-device and uninstalls tweaks and stashing” instead of being a tool on Windows or OS X like it has been in the past. This means that users will need to download the package from here and then use any file explorer like iFile on the device itself to move the file to /usr/bin, and then set it with the necessary privileges to make it executable. It can then be executed as root in MTerminal to make it go about its business.

Not exactly the most user-friendly method of using the package, and likely designed and offered for those with a decent degree of device and technical knowledge, but CoolStar has confirmed that a full version of the package could be developed and distributed in a similar fashion to earlier versions of SemiRestore if there was a desire from the community.