Wondering what happened to Cydia Eraser for iOS 10 – 10.2 jailbreak? We take a look at where the tool stands today for jailbroken users.

Are you currently enjoying all of the spoils and luxuries that come attached with a stable, highly performant yalu102 jailbreak solution for devices running iOS 10? Have you installed all of your favorite tweaks, packages, extensions and themes, and then suddenly ran into a problem and then remembered about the existence of Cydia Eraser which allowed users to unjailbreak their device on the same firmware and then start from scratch without having to update to latest un-jailbreakable version of iOS? 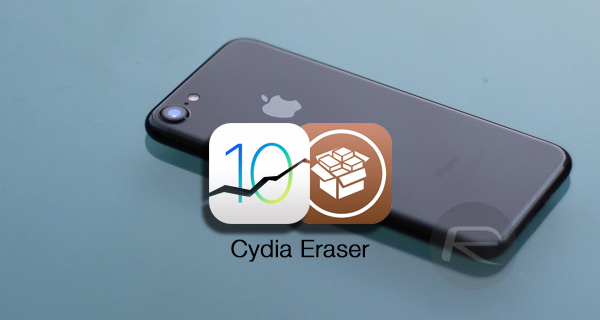 The Saurik-provided tool was once a must-have installation on jailbroken devices, occasionally acting as the last line of defence for those experiencing problems, but in its current state, iOS 10 users are strictly advised to stay away from it. This is mainly because Cydia Eraser – last updated for iOS 9.3.3 – hasn’t been updated to support jailbroken devices on iOS 10-10.2 firmwares.

As briefly mentioned earlier, Cydia Eraser is meant to entirely remove iOS jailbreak and restore the iOS device back to a completely stock state of the same iOS version. In a nutshell, Cydia Eraser takes a user’s jailbroken device, removes all traces of the jailbreak, and leaves it running a stock version of the exact same version of iOS. Nice and clean, and able to be jailbroken again if necessary.

However, as seamless and as beautiful an experience as Cydia Eraser once was, it’s not currently compatible with devices running iOS 10. That lack of compatibility means that if you actually go through the process of installing it to your device, then the likelihood is that you’re going to find yourself stuck in one of those extremely annoying consistent boot loop situations caused by the installation of Cydia Eraser.

This boot loop will likely result in you having to restore the device via iTunes, which will force-install the latest version of iOS, currently sitting at iOS 10.2.1, with no jailbreak available. Exactly the opposite of Cydia Eraser’s desired behavior. 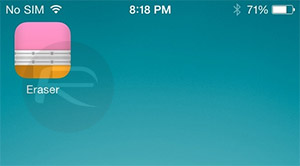 There’s no denying that Cydia Eraser is a wonderful tool to have in any jailbreaker’s arsenal. After all, having the ability to almost instantly remove any trace of a jailbreak, whilst still remaining on the same vulnerable version of iOS, is definitely a power that is sought after.

Jay Freeman has been awfully quiet on the topic of Cydia Eraser, save for a comment on it approximately a month ago where he outlined that even he doesn’t have a functioning version of Eraser for iOS 10 just yet.

Actually, almost all devices were missing full OTA updates for iOS 9.0.x (it was extremely annoying); I think you must have a fundamental misunderstanding of what Eraser uses? And all of those other tools did not require network access, as they worked using silly heuristics and could not do filesystem repair; the only reason they could be run during a boot loop is due to the untether. And they often would work even if the untether didn’t, because historically they were for earlier firmwares when AFC2 was “a thing worth having (if maybe a somewhat dangerous tradeoff”). The people who have no applications in SpringBoard still lose access to the jailbreak utility. Making this possible is on the todo list, but it isn’t the kind of obvious slam dunk “this is worth the investment” you aren’t making it out to be, versus other tasks I have queued for that tool :/. I don’t even have Eraser working on iOS 10 yet.

If you are jailbroken, and you are sitting on iOS 10, the advice here is to most definitely stay away from installing Cydia Eraser. Also be careful with what you install because if you end up in a boot loop situation, in most cases, you will be forced to update to iOS 10.2.1, losing your jailbreak capability in the process.