Kodi 17.4 RC1 download of Android APK, iOS IPA and for all other platforms available officially, complete with changes being detailed. Here’s what you need to know.

Kodi, the hugely popular media center software, is often in the news for the wrong reasons, usually through no fault of it or its developers’ own. Thankfully, today the headlines are being captured for better news, with the official release of Kodi 17.4 RC1 (Release Candidate 1) taking place after completing its drudge through the Nightly cycle. 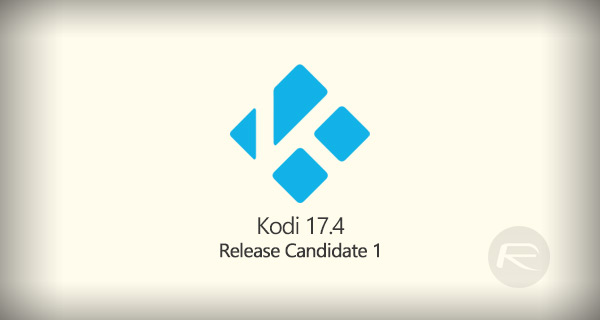 Announced via the Kodi blog, the team behind the app said that despite development having already moved onto Kodi 18, they wanted to ensure that they pushed updates out for the current version when required. This update addresses a number of issues that users may have been experiencing, and the update’s release could well prove to be hugely beneficial for those impacted.

It has been a while since we released 17.3 release where we fixed several issues. Now the time has come to do another where we tackled several more issues that were identified. Although we already moved on with development towards v18 we do take the time to fix issues for the current release when we can. To give these fixes a proper test run before we call it final we first want to make this release candidate available for the wider audience who might be facing some of these issues we have fixed. Just browse the list below and give it a try.

We previously covered the release of the same build for Mac and Android, though with no knowledge of the changes involved. The current release brings the update to all platforms along with a changelog detailing all fixes. While there are no new features added as part of this release, the update is still very much worth downloading even if you do not appear to be specifically affected by the bugs mentioned in the changelog.

Beyond the main points, there are a number of stability and performance improvements that have gone into Kodi 17.4 RC1, so we suggest updating at the earliest opportunity if only to try and stave off any potential issues in the future. The Kodi 17.4 RC1 can be downloaded here.