Call of Duty: WWII private multiplayer beta for PS4 gets release date, along with a new trailer. Here are the details.

Activision and Sledgehammer have raised excitement levels in the gaming world by making an announcement which whets the appetite of first-person shooter fans. The two companies have not only released an adrenaline-fueled multiplayer trailer for the upcoming Call of Duty: WWII title, but have also announced that a multiplayer private beta of the game will be made available on August 25. 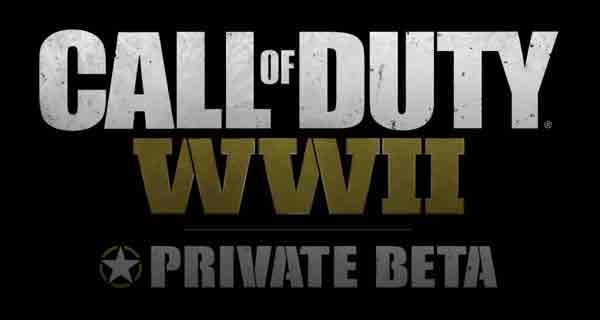 Call of Duty consistently proves itself to be one of the most popular games across all modern platforms, but there has been a growing number of hardcore gamers who have been itching for the developers and publishers to take the franchise back to the trenches where it all began. Those prayers were answered with the announcement of Call of Duty: WWII.

The released trailer today is essentially showing off exactly what can be expected in the upcoming private beta launching on August 25. A lot of the content available in the beta will be the same as what we have already played witness to during E3 demonstrations, but it will include access to three different maps, as well as an all new exciting game mode called War Mode.

The trailer does a great job of showing off the stunning visuals of the gameplay and environment, as well as giving an insight into what it must have been like to have been thrust into a war situation with limited resources back in the 1940s. There’s definitely no advanced armor, weaponry, or futuristic mechanized vehicles in this action.

Those playing the game will be able to enlist in different divisions, take the war to the enemy in some of the most iconic World War II locations which are still discussed in classrooms around the world, and, of course, engage the enemy in the aforementioned all-new War Mode.

The private multiplayer beta is coming this August 25, will include all of the content above, and will be available to PlayStation 4 owners only. Physical and digital copies of the game can also be pre-ordered right now for those who want to make sure they own this one day one.