Motorola’s second generation Moto X is widely regarded as one of the best smartphones around, and while it was great at full price, it’s about to become even better.

That’s because Motorola has announced that it will be shaving $140 off the price of an unlocked Moto X 2014 this coming Monday with the price reduction bringing the unlocked 16GB version down to $359. Those looking for extra storage will be pleased to learn that the 32GB will also be receiving a price cut, with $409 getting you a shiny new Moto X with double the storage space. 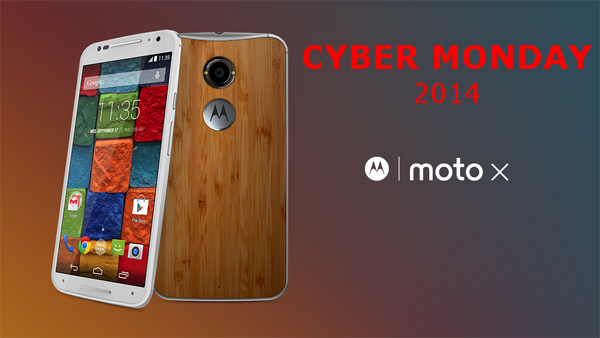 The mechanics of getting your hands on said Moto X are a little complicated though. Those wanting in on the action will need to land on Motorola’s official web site motorola.com/cybermonday at 12pm ET on December 1 in order to register for a discount code. That code will then be emailed to you and will be valid for two weeks from its receipt. Unfortunately, and assuming past experiences are anything to go by, those codes will disappear pretty quickly. Best to be all set for come lunch time Monday. 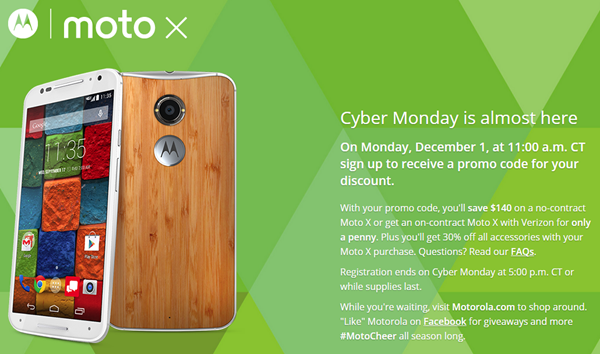 If you’re a Verizon customer and don’t want to go the unlocked route, you’ll be able to pick a Moto X up for $0.01 on contract. Handsets usually retail for $99.99 in such situations, so that’s a discount worth having in anybody’s book. You’ll also receive 30% off any accessories you buy at the same time.

The Moto X is quite the smartphone, and if you’ve been teetering on the brink of buying one then you’re going to want to do it on Cyber Monday. After all, any saving is a good saving.